By Asif Shahzad and Saad Sayeed ISLAMABAD (Reuters) - Pakistan removed a radical Sunni Muslim leader from a terrorist list on Thursday, in a surprise twist that paves the way for his candidates to contest next month's election even as another key ally of ousted leader Nawaz Sharif was disqualified. The clearing of Muhammad Ahmed Ludhianvi, head of the Ahl-e-Sunnat Wal Jamaat (ASWJ) group, by the caretaker government that is running Pakistan during the two months of campaigning ahead of the July 25 general election was called 'a shocking development' by the local Express-Tribune newspaper. 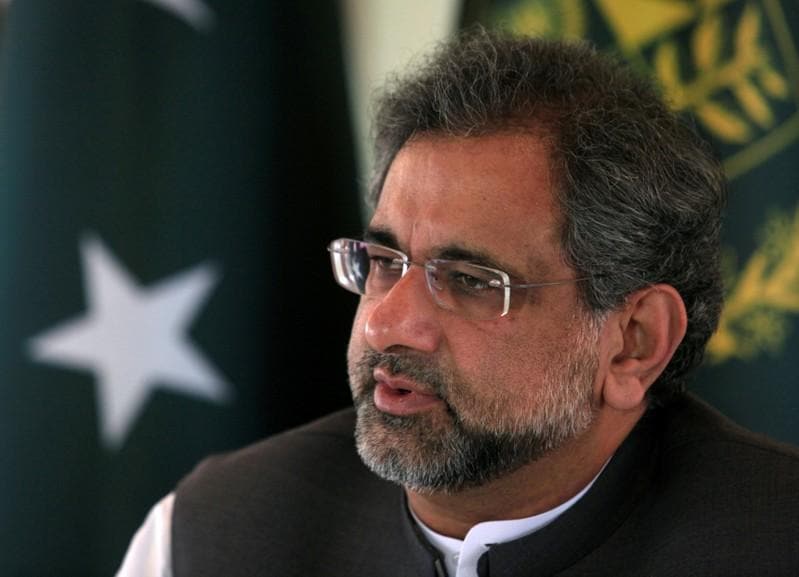 ISLAMABAD (Reuters) - Pakistan removed a radical Sunni Muslim leader from a terrorist list on Thursday, in a surprise twist that paves the way for his candidates to contest next month's election even as another key ally of ousted leader Nawaz Sharif was disqualified.

The clearing of Muhammad Ahmed Ludhianvi, head of the Ahl-e-Sunnat Wal Jamaat (ASWJ) group, by the caretaker government that is running Pakistan during the two months of campaigning ahead of the July 25 general election was called "a shocking development" by the local Express-Tribune newspaper.

ASWJ has in the past been accused of inciting violence against Pakistan's minority Shi'ite Muslims as the political face of the Lashkar-e-Jhangvi (LeJ) militant group. It denies links with LeJ.

The Election Commission of Pakistan was due to release a final candidates list by Friday, one that could include dozens of ASWJ candidates as well as others supported by Hafiz Saeed, an anti-India cleric labelled by the United States and India as the mastermind behind the 2008 attacks in Mumbai that killed 166 people.

Missing from the final list of candidates, however, will be some of the country's most established politicians from the outgoing ruling party, the Pakistan Muslim League-Nawaz (PML-N), whose founder, Nawaz Sharif, says elements of the powerful army and the judiciary are seeking to keep it from winning.

"Pakistan's history in terms of using state institutions to manage political processes are well known," Aziz told Reuters. "The hope and prayer was that we had moved beyond that, and the facts are before you."

Since his removal, Sharif has argued that the Pakistani military establishment, aided by top members of the judiciary, is using a series of cases against him and others in his party to tip the scales in favour of opposition politician Imran Khan.

Khan is running on a socially conservative, anti-corruption platform. He denies colluding with the military establishment and praises the disqualifications and prosecutions of PML-N figures as a long-needed crackdown on graft.

The ban on Aziz came just a day after an Election Commission tribunal barred the outgoing prime minister, Shahid Khaqan Abbasi, who took over after Sharif was ousted, from standing for election in his home constituency, though he is contesting another seat in Islamabad.

The Supreme Court had held Aziz in contempt of court for describing its removal of Sharif last July as politically motivated. Aziz says he was misquoted.

In the case of Abbasi, an Election Commission tribunal ruled that he had failed to declare an accurate value of his assets in his nomination papers.

Abbasi denied the charges and termed the decision illegal, saying he would appeal against the ban.

"It is an election for the parliament. They have made it a joke," he told television news channels.

Sharif has been barred for life from returning to politics, and is separately facing criminal charges in an anti-corruption court that could see him sentenced to prison in the coming weeks.

Islamist parties have seldom had a major impact in Pakistani elections, though they have created a high profile and have at times, according to analysts, enjoyed covert support from Pakistan's intelligence agencies.

Still, a rash of new Islamist political parties have entered the political sphere in the past year, an apparent fulfilment of an army-backed proposal to "mainstream" extremists groups into politics that Sharif rejected while in office. The military has denied it is behind any of the new religious right parties.

"Pakistan has leaned on Ludhianvi to help in very interesting ways - ranging from reaching out to the Afghan Taliban to pitch the idea of peace talks, to trying to reduce violence in Pakistani neighbourhoods," said Michael Kugelman, a South Asia expert at the Woodrow Wilson Center in Washington.

"Taking Ludhianvi off the terror list may be meant as a goodwill gesture towards someone that the state would like to keep in its good graces."

Ludhianvi's ASWJ shares roots with the more violent Lashkar-e-Jhangvi militant group based in central Punjab province, which had strong ties to al Qaeda and has waged a deadly campaign against Shi'ites for more than two decades.

It was unclear who authorised the removal of Ludhianvi from the watchlist, with federal and provincial authorities both saying others were responsible.

An order from the National Counter Terrorism Authority (NACTA) dated June 14 that was obtained by Reuters specifies that Ludhianvi be taken off the "schedule four" list of people with links to terrorism and his bank accounts unfrozen.

However, a senior official with NACTA said the body was acting on recommendations from the Punjab government.

"We got a recommendation from Punjab government that Ludhianvi was no more on fourth schedule and wasn't required on watchlist, and we just removed him," a NACTA official said.

But, Hasan Askari Rizvi, the caretaker chief minister of Punjab province, indicated that the decision came from the federal government.

"Punjab Government is implementing decisions of Election Commission and the federal government in this regard," Rizvi told Reuters. He said Ludhianvi's assets would be unfrozen and he would be free to travel.

Ludhianvi said he had only been on the watchlist as a result of "bogus cases".

"I have been cleared of all these cases by the courts, and Punjab home department removed my name," he told Reuters by telephone. "I am, God willing, contesting the upcoming election just like I did in 2008 and 2013."

Ludhianvi has made forays into politics before.

The Sunni cleric was a leader of Sipah-e-Sahaba (SSP), a sectarian group that emerged in the southern Punjab area of Jhang in the mid-1980s with the support of Pakistani intelligence and which was later linked to hundreds of killings of Shi'ites.

Recently, though, Ludhianvi has shown signs of seeking to rehabilitate his group's image.

Earlier this year, he was one of more than 1,800 Pakistani Muslim clerics who signed an Islamic directive, or fatwa, forbidding suicide bombings, in a book unveiled by the government.