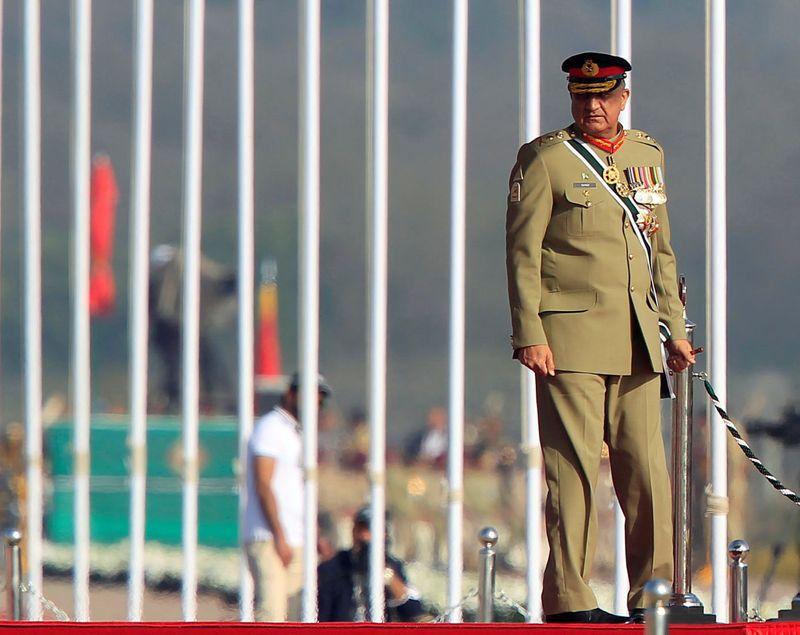 The two countries are traditionally close and Saudi Arabia in 2018 gave Pakistan a $3 billion loan and $3.2 billion oil credit facility to help its balance of payments crisis.

"Yes he is travelling," Pakistan army spokesman Major General Babar Iftikhar told Reuters, though the official line was that the visit was pre-planned and "primarily military affairs oriented."

India and Pakistan have fought three wars over the divided Himalayan region of Kashmir, which both claim in full.

Pakistan has long pressed the Saudi-led Organization of Islamic Countries (OIC) to convene a high-level meeting to highlight alleged Indian violations in the part it controls.

But the OIC has only held low-level meetings so far.

"If you cannot convene it, then I'll be compelled to ask Prime Minister Imran Khan to call a meeting of the Islamic countries that are ready to stand with us on the issue of Kashmir and support the oppressed Kashmiris," Pakistan's Foreign Minister Shah Mahmood Qureshi told local media last week.

Last year, Islamabad had pulled out of a Muslim nations forum at the last minute on insistence by Riyadh, which saw the gathering as an attempt to challenge its leadership of the OIC.

Qureshi's remarks have revived Riyadh's anger, one of the Pakistani military officials and a government advisor said.

Saudia Arabia had already made Pakistan pay back $1 billion two weeks ago, forcing it to borrow from another close ally China, and Riyadh is yet to respond to Pakistan's request to extend the oil credit facility.

"The first year (of the oil credit facility) completed on 9th July 2020. Our request for an extension in the arrangement is under consideration with the Saudi side," a Pakistani finance ministry official told Reuters.

Saudi Arabia is also asking for another $1 billion back, officials at Pakistan's finance ministry and one of the military officers said. The Saudi government media office did not immediately respond to a request for comment.

Pakistanis account for more than a quarter of the 10 million expatriates working in Saudi Arabia.

Pakistani leader Khan is also seeking to mediate between Saudi Arabia and Iran, after attacks on Gulf oil interests that Washington blamed on Tehran, though he said recently that was progressing slowly.