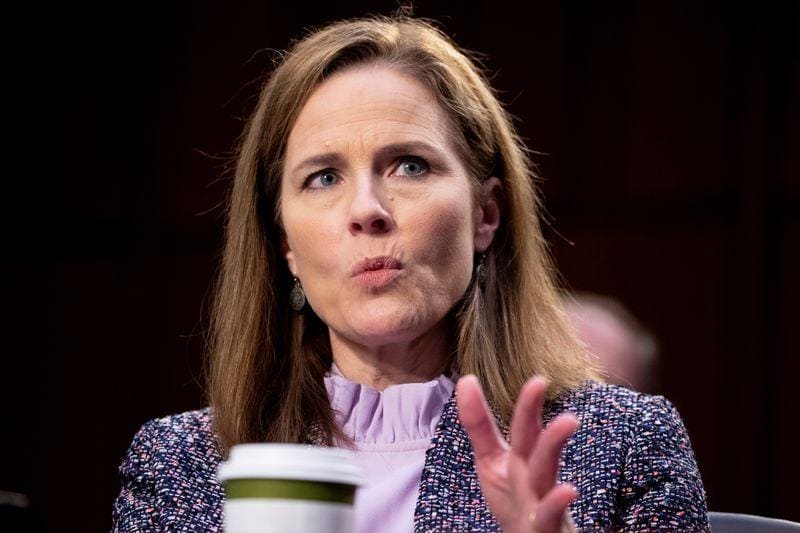 The last day of the four-day confirmation hearing for President Donald Trump's nominee began with committee Democrats protesting what they called the needlessly rushed nature of proceedings and complaining that Barrett sidestepped questions about presidential powers, abortion, voting rights and Obamacare.

"I believe that this rushed, sham process is a disservice to our committee," Democratic Senator Richard Blumenthal said. "She has been rushed in a way that is historically unprecedented ... and the purpose of doing it is simply to have a justice on the Supreme Court, as the president said, to decide the election and to strike down the Affordable Care Act."

Trump has asked the Senate, controlled by his fellow Republicans, to confirm Barrett before the Nov. 3 U.S. election in which he is seeking a second term in office. Trump has said he expects the court to decide the election's outcome.

Barrett answered questions from senators during marathon sessions on Tuesday and Wednesday. The committee was hearing from outside experts on Thursday including two from the American Bar Association, which deemed her "well qualified" for the job. Barrett was not present.

Barrett's confirmation to the lifetime post - a virtual certainty given that Republicans hold a 53-47 Senate majority - would shift the Supreme Court further right with a 6-3 conservative majority. Barrett is Trump's third nominee to the high court.

Democratic Senator Dick Durbin said Barrett, unlike many prior nominees, avoided answering many questions she should have tackled, including whether a president can delay an election and queries related to transitions of power.

"What was the purpose of this hearing if we've reached the point now where we really don't know what she thinks about any issues?" Durbin asked. "I'd be afraid to ask her bout the presence of gravity on Earth - she may decline to answer."

On Wednesday, Senator Kamala Harris, Democratic presidential candidate Joe Biden's running mate, said that the confirmation proceedings "lack legitimacy" because Americans want the winner of the presidential election to decide who fills the court's vacancy created by the death of liberal Justice Ruth Bader Ginsburg. Harris urged the Senate to take up COVID-19

pandemic relief legislation instead of the confirmation.

The committee on Thursday was hearing from four witnesses in support of Barrett's confirmation, and four against. The bar association, a nonpartisan national lawyers' group, will explain its positive evaluation of Barrett's qualifications related to "integrity, professional competence, and judicial temperament."

Barrett if confirmed could be on the Supreme Court in time to participate in a case on Nov. 10 in which Trump and Republican-led states are seeking to invalidate the 2010 Obamacare law formally called the Affordable Care Act (ACA).

The law has helped millions of Americans obtain medical coverage and includes protections for people with pre-existing conditions.

Barrett, 48, is a devout Catholic and a favorite among religious conservatives. Barrett said the landmark 1973 Roe v. Wade ruling that legalized abortion nationwide was not a "super-precedent" that could not be overturned.

Barrett drew scrutiny from Democrats when she said it was an "open question" as to whether Trump could pardon himself, while adding that the Supreme Court "can't control" whether a president obeys its decisions.

Barrett also told the committee that she could not opine on whether presidents should commit to peaceful transfers of power if they lose an election. Trump has refused to do so.

(Reporting by Andrew Chung in New York and Lawrence Hurley and Patricia Zengerle in Washington; Editing by Will Dunham)