Colombo: Over 200,000 people have been affected by torrential rains and flash floods that have wreaked havoc in Sri Lanka, killing eight people with nine others still missing, officials said on Tuesday.

"19 of the 25 administrative districts in the island were affected by heavy rains, floods and earth slips. 47,922 families or 207,556 people have been affected," Disaster management spokesman Pradeep Kodippily said. 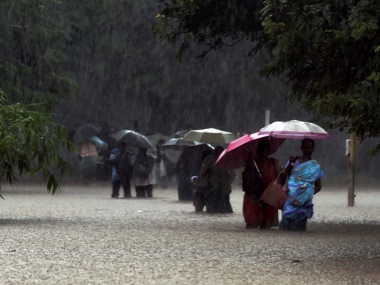 He said 176 shelters provide accommodation to over 134,000. Some 68 homes have been completely destroyed.

The capital Colombo was the worst hit with many roads going under water.

The rains have been lashing the country for the last three days, felling trees, damaging power cables and blocking
roads and connectivity.

On Monday, the armed forces had also been put on alert. As many as eight districts were issued landslide warnings.