By Elizabeth Piper LONDON (Reuters) - The United States is Britain's closest and most important ally, Prime Minister Boris Johnson said on Sunday, expressing confidence he could achieve much on everything from trade to climate change with President-elect Joe Biden. 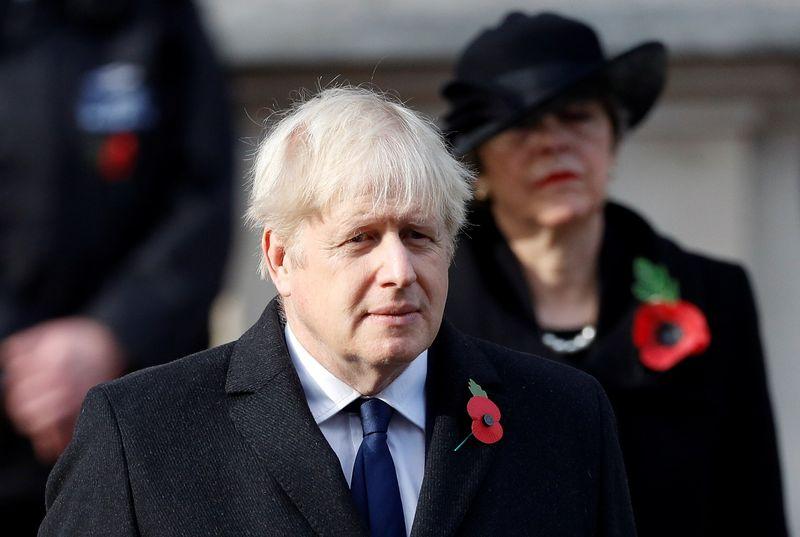 LONDON (Reuters) - The United States is Britain's closest and most important ally, Prime Minister Boris Johnson said on Sunday, expressing confidence he could achieve much on everything from trade to climate change with President-elect Joe Biden.

Johnson, who was once fondly dubbed "Britain Trump" by President Donald Trump, congratulated Biden on his victory on Saturday, saying he looked forward to "working closely together on our shared priorities".

But some say Johnson, a leading force in the campaign to leave the European Union, might struggle to forge a close bond with Biden, who has in the past cast doubt over Brexit and has never met the prime minister.

Johnson, his foreign minister Dominic Raab and other members of the governing Conservatives were keen to underline how much overlap there now was between the incoming U.S. administration and that of the British government on shared interests.

"The United States is our closest and most important ally. And that's been the case under president after president, prime minister after prime minister. It won't change," Johnson told reporters, adding he had not yet spoken to the president-elect.

He said he looked forward to working with Biden and his team "on a lot of crucial stuff for us in the weeks and months ahead: tackling climate change, trade, international security. Many, many, many, many, many other issues".

Raab went further by saying Biden would "have no greater ally, no more dependable friend than the United Kingdom". Former finance minister Sajid Javid predicted a much better chance of sealing a trade deal under the new administration rather than the "protectionist" Trump.

Britain is pursuing trade deals around the world after leaving the EU in January, to try to project Johnson's vision of a "global Britain", but talks with the United States have slowed over the last few months.

Describing himself as a "keen student of the United States' trade policy", Johnson said he believed there was a good chance the two sides would "do something on trade" despite Washington being "tough negotiators".

But it is Britain's trade talks with the EU that might cast a shadow over the relationship between Johnson and Biden, after the U.S. president-elect expressed concerns over whether Britain would uphold Northern Ireland's 1998 peace agreement and said he had hoped for a "different outcome" from the 2016 Brexit referendum.

The British government has repeatedly said it will uphold the Good Friday Agreement, which ended 30 years of violence in the British province of Northern Ireland, and on Sunday, Raab accused the EU of putting it in jeopardy.

U.S. Senator Chris Coons, a Democrat, told the BBC he expected "some reconsideration of whatever comments may have been made about the moment of Brexit".

"The special relationship between the United States and the United Kingdom has endured over decades and I expect that there will be opportunities promptly for there to be some visits, some conversations."