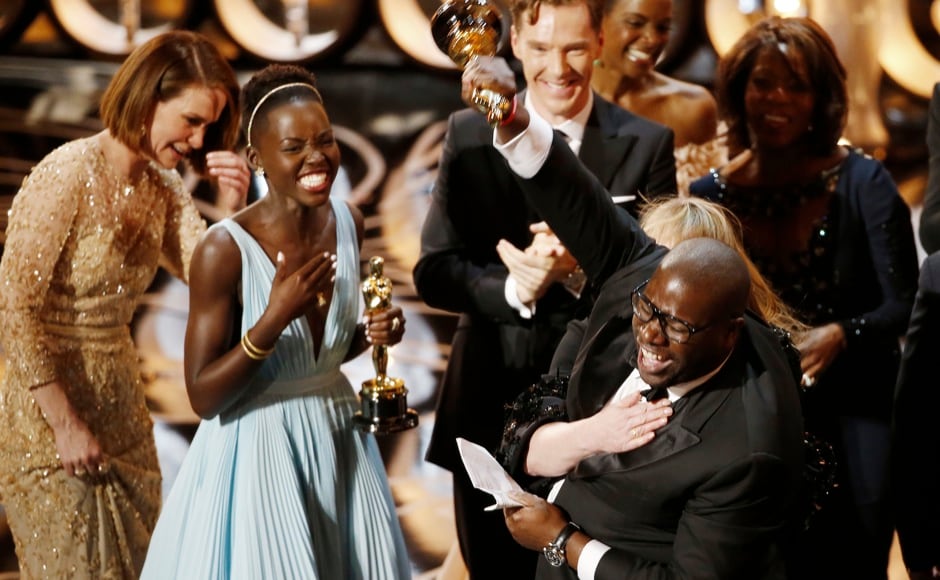 Director and producer Steve McQueen (R) celebrates after accepting the Oscar for best picture for his film "12 Years a Slave", with actress Lupita Nyong'o (L), who won best supporting actress, at the 86th Academy Awards in Hollywood, California March 2, 2014: Reuters 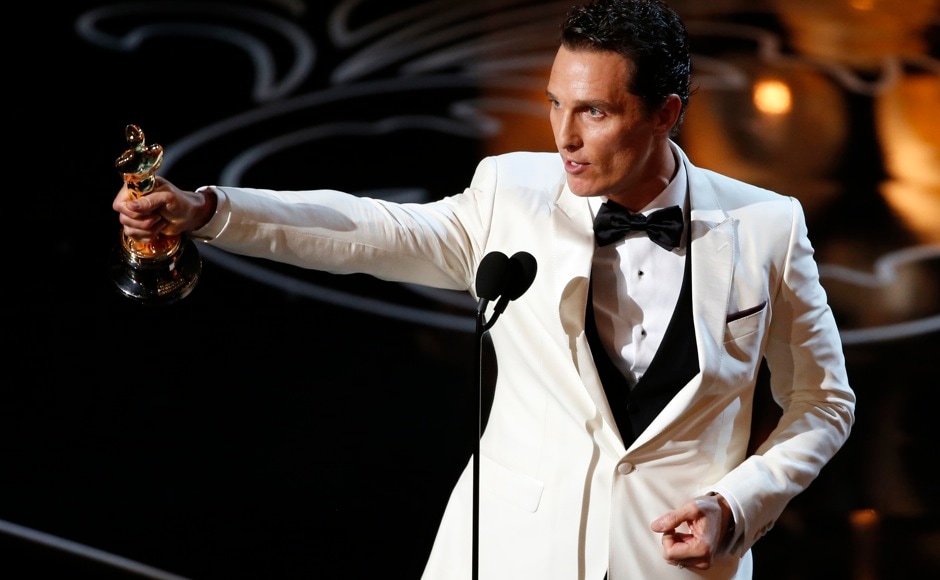 Matthew McConaughey accepts the Oscar for best actor for his role in "Dallas Buyers Club" at the 86th Academy Awards. McConaughhey remembered his father in his speech and also thanked God for filling his life with opportunities: Reuters 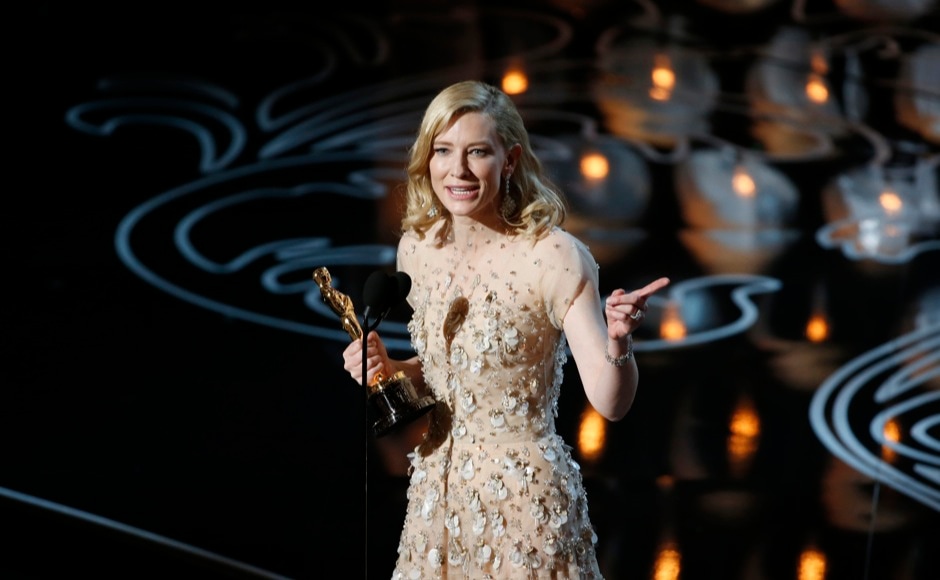 Cate Blanchett speaks on stage after she won best actress for her work in 'Blue Jasmine". The actress significantly only made a passing reference to director Woody Allen, who has been in the spotlight for all the wrong reasons, following a blog post by his step daughter Dylan Farrow in which she accused him of abusing her: Reuters 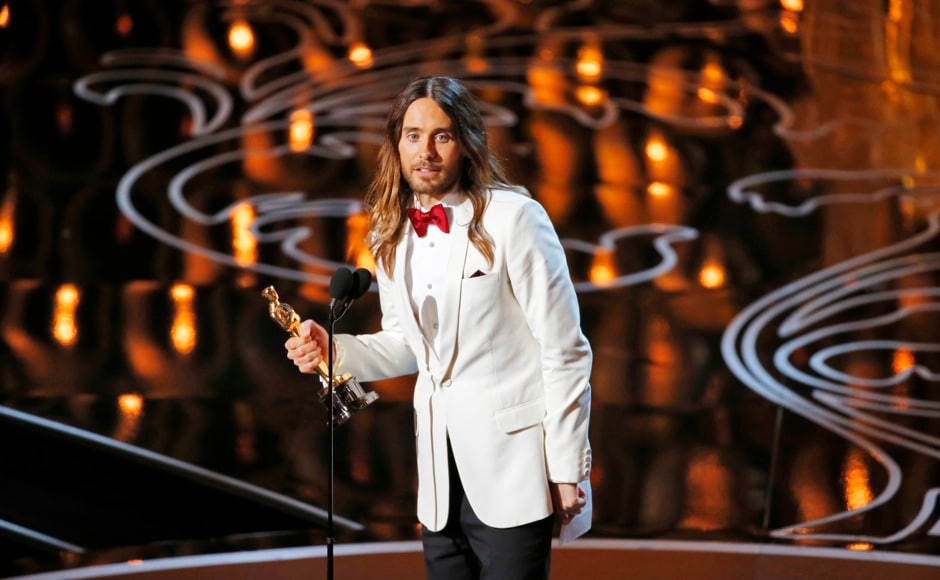 Jared Leto, best supporting actor winner for his role in "Dallas Buyers Club", made an emotional speech and thanked his mother: Reuters Nigerian actress Lupita Nyong'o, best supporting actress winner for her role in "12 Years a Slave",  was so thrilled she said, "I can't believe this is in my hands": Reuters Emmanuel Lubezki poses with his award for best cinematography for his film "Gravity" at the 86th Academy Awards. Gravity went on to win 7 awards in total: Reuters 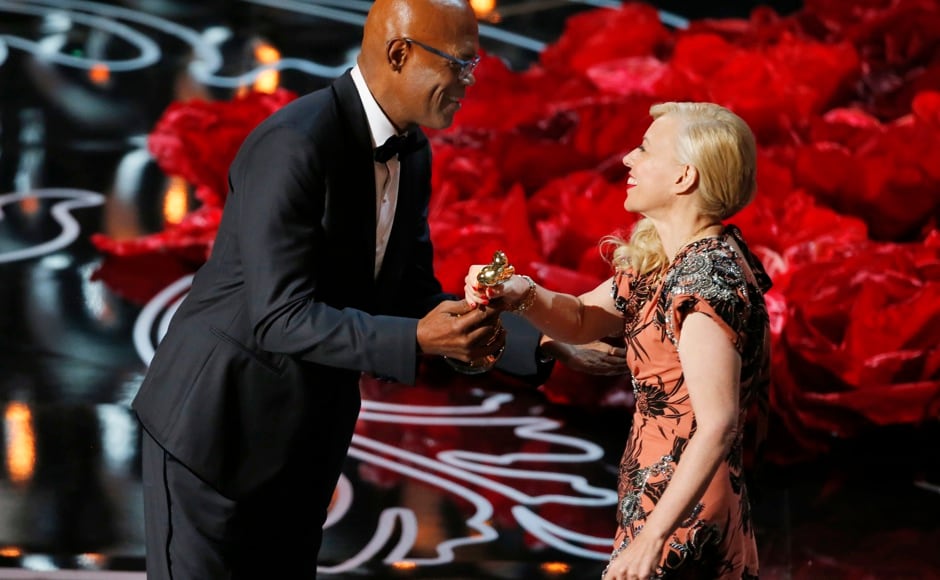 Samuel L. Jackson presents the award for best costume to Catherine Martin for her work in "The Great Gatsby" at the 86th Academy Awards in Hollywood, California March 2, 2014. Reuters

Alfonso Cuaron poses with the awards for best director and best film editing for "Gravity" at the 86th Academy Awards in Hollywood, California March 2, 2014. Reuters Morgan Neville, Gil Friesen (not present), Caitrin Rogers (R) and Darlene Love (2nd from L) are presented the Oscar for best documentary feature for "20 Feet from Stardom" at the 86th Academy Awards: Reuters Adruitha Lee (2nd L) and Robin Mathews (2nd R) pose with their award for best Makeup and Hairstyling for their work on "Dallas Buyers Club": Reuters 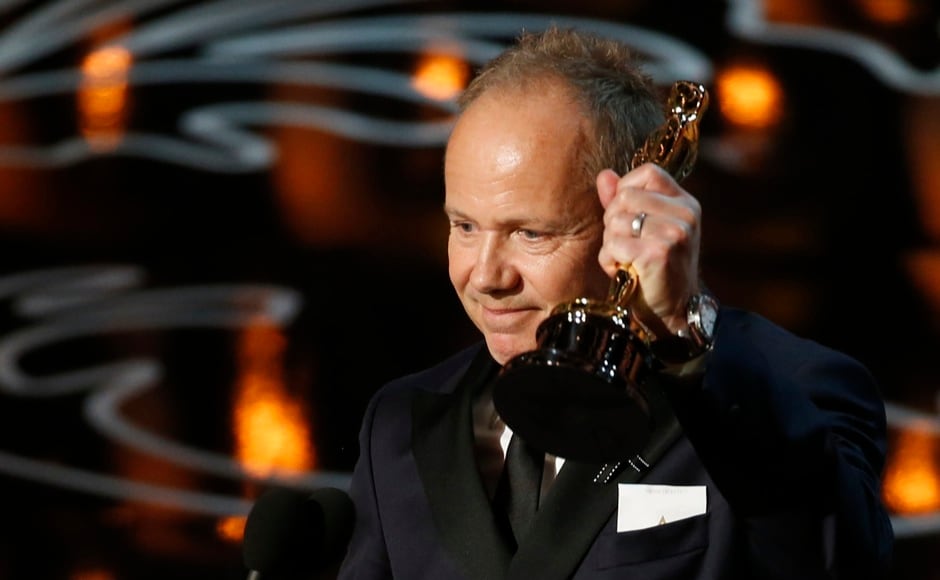 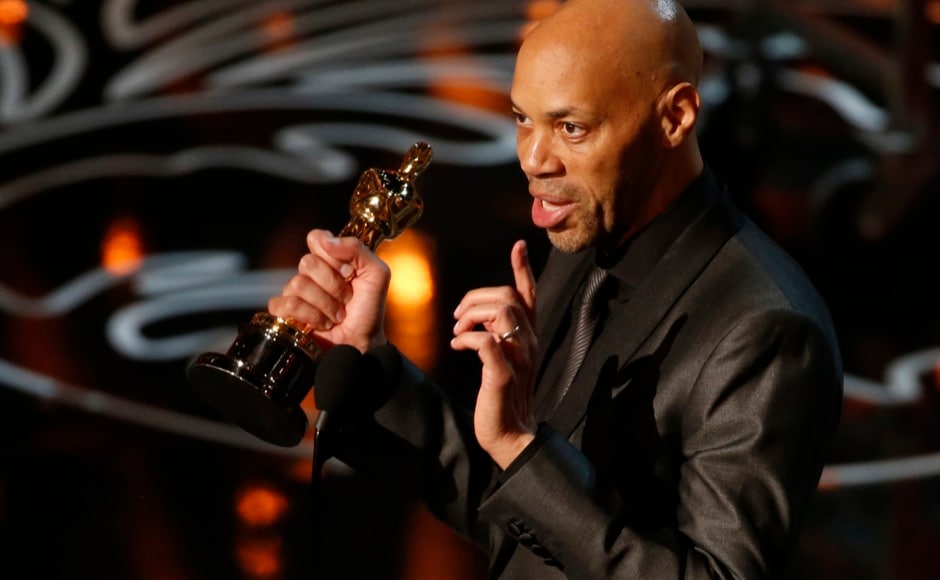 John Ridley accepts the Oscar for adapted screenplay for "12 Years a Slave": Reuters