'One of our own.' Indians cheer Biden's pick of Kamala Harris as White House running mate

By Sudarshan Varadhan CHENNAI (Reuters) - On annual trips to India as a child, Kamala Harris would go for strolls on the humid beaches of Chennai with her maternal grandfather and his friends, listening intently as they chatted about democracy and the need to treat everyone equally. Harris, born to an Indian mother and a Jamaican father who both immigrated to the United States to study, made history on Tuesday when U.S. Democratic presidential candidate Joe Biden picked her as his vice president. 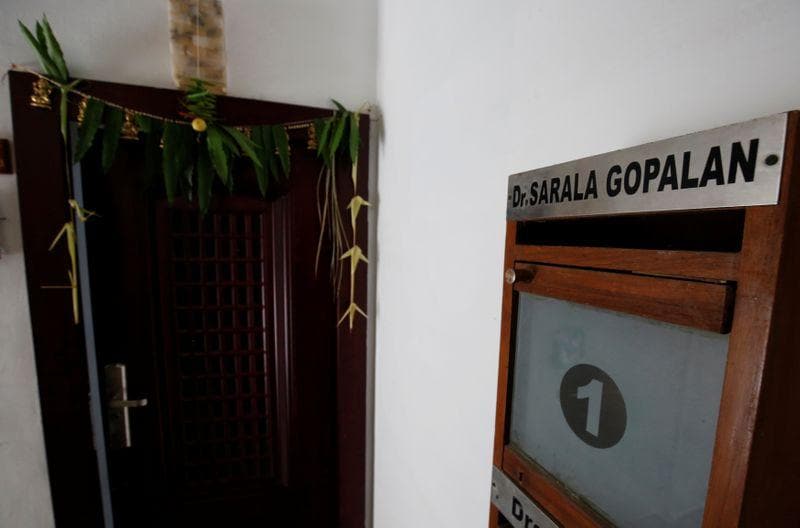 CHENNAI (Reuters) - On annual trips to India as a child, Kamala Harris would go for strolls on the humid beaches of Chennai with her maternal grandfather and his friends, listening intently as they chatted about democracy and the need to treat everyone equally.

Harris, born to an Indian mother and a Jamaican father who both immigrated to the United States to study, made history on Tuesday when U.S. Democratic presidential candidate Joe Biden picked her as his vice president.

In a speech in 2018, Senator Harris recalled those early visits to her grandparents in the upscale neighbourhood of Besant Nagar, along the shores of the Bay of Bengal in southern India.

"I was not conscious of it at the time, but it was those walks on the beach with my grandfather in Besant Nagar that had a profound impact on who I am today," Harris, now 55, said in New York.

Her grandfather, who was among millions of people who joined India's independence movement, later became a high-ranking government official.

On Wednesday, reporters and camera crew from local and national news channels crowded into the quiet, tree-lined street where Harris had spent time with her mother's family.

A post box with her aunt's name embossed on it was the last remaining link to Harris's family in Chennai, after the aunt sold her ground-floor apartment.

The aunt, gynaecologist Sarala Gopalan, told CNN-News18 that she had been up since 4 a.m. local time, after hearing that Biden had picked her niece as his vice president.

"She is very caring and kind to people, and that's what I like about her the most," Gopalan said. "If I send her a message right now saying Kamala I need you, the next day she will be here."

Her uncle Gopalan Balachandran told Reuters partner ANI about her love for both South Indian and American food. Her taste in music also points to her diverse upbringing, he said.

Harris trended on Twitter in India as business leaders and politicians praised her.

"First Indian and Asian woman to get the nomination as official VP candidate. Thumbs up," Ram Madhav, a senior official of India's ruling party, wrote on Twitter.

On social media, users joked about how hyper-competitive Indian parents in the United States will now push their kids to aim even higher.

"Beta (son) what are you doing these days? Oh, just a Harvard professor? Not even a mayor yet?"