By Jonathan Oatis and Rollo Ross (Reuters) - As the 76th anniversary on Wednesday of the liberation of Auschwitz draws closer, Bill Harvey, who survived the concentration camp, said he was shocked by displays of anti-Semitism during the U.S. 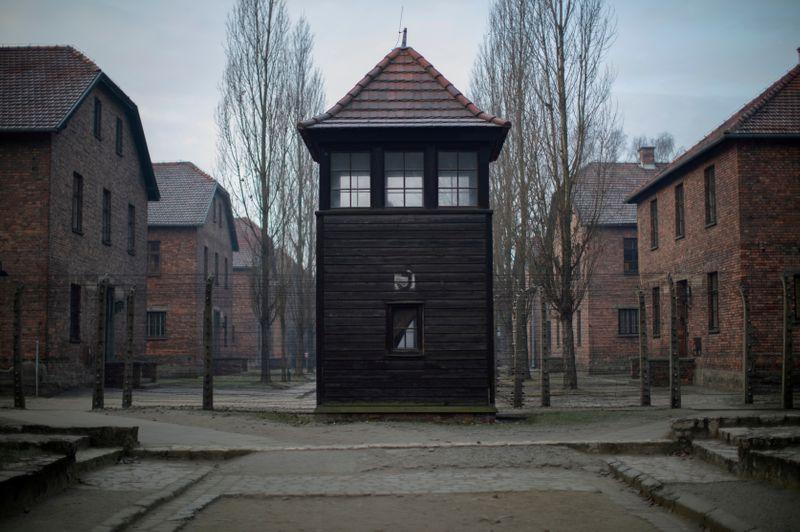 By Jonathan Oatis and Rollo Ross

(Reuters) - As the 76th anniversary on Wednesday of the liberation of Auschwitz draws closer, Bill Harvey, who survived the concentration camp, said he was shocked by displays of anti-Semitism during the U.S. Capitol riot.

Some of the supporters of former President Donald Trump who broke into and ransacked the seat of Congress on Jan. 6 wore clothes bearing anti-Semitic messages, or displayed Nazi symbols.

"I never thought I was going to live in this country and witness something like that," Harvey, 96, said, calling it "very, very sad."

Harvey, interviewed by Zoom from his Los Angeles home on Monday, expressed concern that the lessons that should have been learned from World War Two's Nazi Holocaust are fading.

The Nazis and their allies murdered around 6 million Jews, as well as others, in German-occupied Europe.

More than a million people, by far most of them Jews, were killed at Auschwitz in southern Poland, which was liberated by Soviet troops on Jan. 27, 1945. The vast majority were gassed to death.

Harvey said he lost 37 members of his family at Auschwitz, including his mother and his father.

"It's unbelievable how much hatred we experience right now, so I'm very sad and disappointed," he added.

He said the attack on the Capitol in Washington reminded him of the misinformation and propaganda that accompanied the rise of the Nazis in Germany before the war.

The images also shocked people like Michele Gold, who runs the Holocaust Museum L.A. and whose mother was a Holocaust survivor.

"When we reflect back on Jan. 6th ... it was horrific," Gold said in an interview on Monday.

"It wasn't the tipping point, but I think it was a very strong reminder of what can happen if education and memory and history goes unchecked."

Gold took particular notice of a sweatshirt saying "Camp Auschwitz" on the front and "staff" on the back, worn by one rioter.

After the war, Harvey said, he never expected to see a swastika again.

"None of those symbols truly portray what we went through every single day," added Harvey, who has spent recent years lecturing at high schools, prisons and museums about his wartime experiences.