'Omar Mateen was religious, not radical': Orlando shooter's father and ex-wife say he was driven by a 'different hate'

New York: Omar Mateen, the Afghan-origin gunman who killed at least 50 people at a gay nightclub in Orlando, was allegedly infuriated over seeing two men kissing in Miami recently, according to media reports.

Law enforcement officials have labelled the attack as an act of domestic terrorism, saying Mateen had called 911 once the attacks began and swore allegiance to the Islamic State terror group, the New York Times reported.

Mateen's father Seddique Mateen, however, suggested his son was motivated by a different hate. He told NBC News that his son had come across two men kissing in Miami recently and was infuriated that his three-year-old son had seen it too.

"They were kissing each other and touching each other and he said, 'Look at that. In front of my son, they are doing that,'" the elder Mateen said. Mateen's father said the killing had nothing to do with religion and had apologised for his son's act. 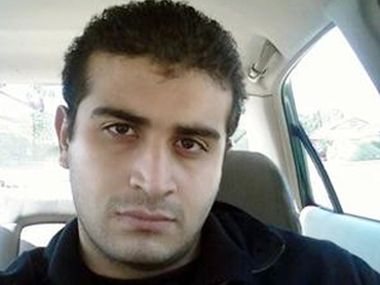 "We weren't aware of any action he is taking. We are in shock like the whole country," he had said. The New York Times report said Mateen's father is an outspoken Afghan political activist but had played no part in the investigations of his son that the FBI carried out in 2013 and 2014, a law enforcement official said.

The senior Mateen hosted a talk show for a television channel broadcasting to the Afghan diaspora. "Recently, the elder Mateen has taken to posting videos on his Facebook page where, dressed in a military uniform in front of the Afghan flag, he sharply criticises the Afghan president, Ashraf Ghani," the report said.

Mateen's ex-wife Sitora Yusufiy was equally shocked by the killings but said he had made anti-gay comments when he was angry. "There were definitely moments when he'd express his intolerance towards homosexuals," she said. She said she had first met Mateen online in 2008.

Yusufiy described him as a "funny charmer with a decent job and aspirations to become a police officer" but said that he quickly became controlling, abusive and erratic after they were married. After marriage, he made her hand over her paychecks from her daycare job, prevented her from calling her parents and hit her, sometimes as she slept, she said. He also kept a handgun in the house.

"I wasn't allowed to go anywhere except work," she was quoted as saying. Mateen was an observant Muslim but never expressed sympathies for terrorist organisations or radical Islamists, she said. Yusify left Mateen in 2009 after her parents flew down from New Jersey and rescued her from the marriage and had no contact with him since, except for one time when he tried to message her on Facebook.