By Andy Sullivan WASHINGTON (Reuters) - Ohio's top election official declined to loosen restrictions on absentee-ballot drop boxes on Tuesday after a state judge ruled they were 'arbitrary and unreasonable' and said local officials should be able to install more if they wish. The ruling initially appeared to be a victory for Democrats who have pressed for more drop boxes to accommodate voters who don't want to return absentee ballots by mail in the Nov. 3 presidential election. 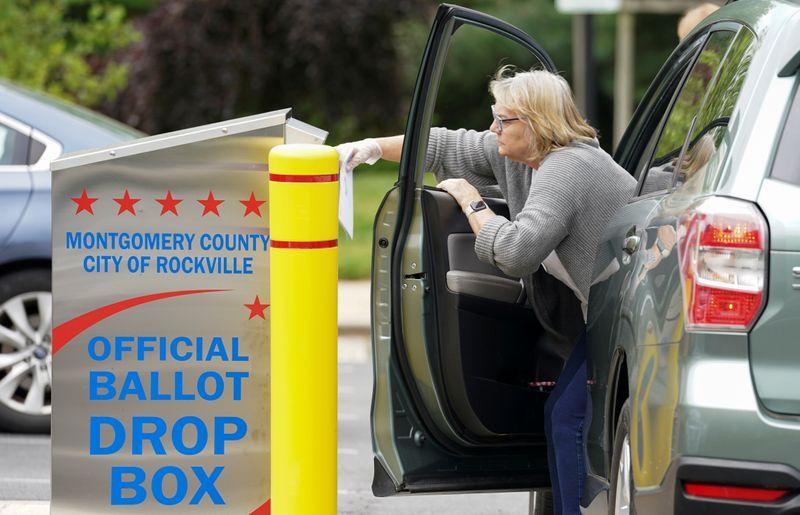 WASHINGTON (Reuters) - Ohio's top election official declined to loosen restrictions on absentee-ballot drop boxes on Tuesday after a state judge ruled they were "arbitrary and unreasonable" and said local officials should be able to install more if they wish.

The ruling initially appeared to be a victory for Democrats who have pressed for more drop boxes to accommodate voters who don't want to return absentee ballots by mail in the Nov. 3 presidential election.

But Ohio Secretary of State Frank LaRose, a Republican, will not change rules that only allow one drop box for each of the state's 88 counties, spokeswoman Maggie Sheehan said.

"Today's ruling didn't change anything, and the secretary's directive remains in place," she said.

Drop boxes have become a partisan flash point in the presidential election. Democrats have promoted them as a reasonable and reliable option for voters unnerved by the COVID-19 pandemic and U.S. Postal Service delivery problems.

Republican officials and President Donald Trump's campaign have sought to limit them in many states, arguing without evidence that the receptacles could enable voting fraud.

Democrats said that should allow local officials to set up more drop boxes if they wish.

But the judge's decision did not strike down the rule outright, and Sheehan indicated LaRose may appeal. "Ohioans are fortunate that the judicial branch offers the opportunity to appeal a single trial judge's opinion," she said.

Ohio Representative Paula Hicks-Hudson, a Democrat, said LaRose had told her he would follow any court ruling, rather than pursue an appeal. "I'm calling on the secretary of state to keep his word," she said on a conference call.

Democrats and Republicans have waged a state-by-state battle over absentee voting procedures ahead of the election, which could see up to half of all ballots sent through the mail.

In Pennsylvania, the state's top election official said on Monday that local officials can't discard returned mail ballots if the signature does not resemble one kept on file.

In Arizona, a federal judge ruled last week that state officials must give voters a chance to fix ballots that are returned without a signature, rather than rejecting them outright.