By Peter Szekely (Reuters) - An alleged self-described white nationalist, one of three men in the United States accused of planning mass shootings in a week, pleaded not guilty on Monday to charges that he threatened to attack a Jewish community centre, the court clerk said. At an arraignment in Struthers, Ohio, where he faced charges of aggravated menacing and online harassment, James Reardon entered his plea by video link from a county jail in Youngstown, 10 miles (16 km) away, Municipal Court Clerk Lorraine Sciortino said by telephone 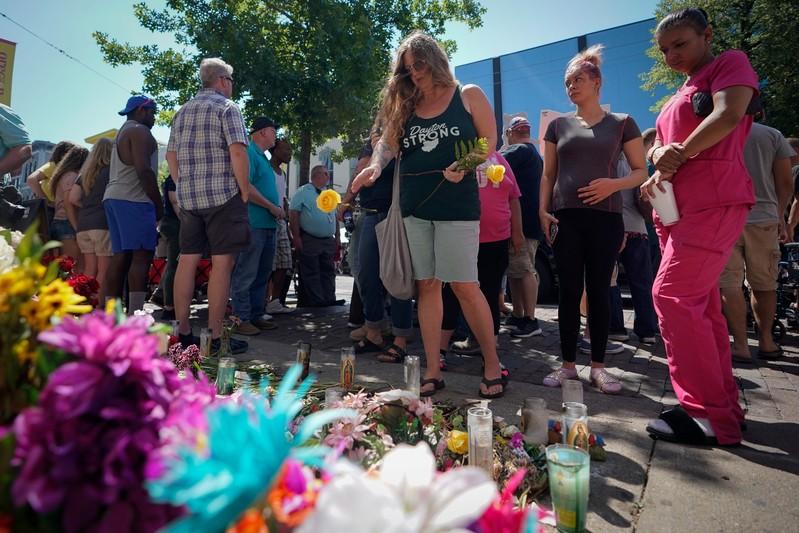 (Reuters) - An alleged self-described white nationalist, one of three men in the United States accused of planning mass shootings in a week, pleaded not guilty on Monday to charges that he threatened to attack a Jewish community centre, the court clerk said.

At an arraignment in Struthers, Ohio, where he faced charges of aggravated menacing and online harassment, James Reardon entered his plea by video link from a county jail in Youngstown, 10 miles (16 km) away, Municipal Court Clerk Lorraine Sciortino said by telephone.

Reardon, 20, who was arrested on Saturday in his hometown of New Middletown, is being held on $250,000 bond, according to jail records. Should he post bond, he faces court-ordered conditions that include not possessing firearms and staying off social media, Sciortino said.

Reardon was arrested after investigators found a social media post in which he appeared to threaten the Jewish Community Center of Youngstown, according to a statement from the Youngstown Area Jewish Foundation.

Television station WYTV in Youngstown reported that a local police chief said Reardon "declared himself a white nationalist" and that he participated in the violent white nationalist rally in Charlottesville, Virginia, in 2017.

The attack Reardon was allegedly planning would have come amid two other mass shootings that authorities claim to have thwarted in Florida and Connecticut in recent days, and follows three other shooting sprees since late July that took 34 lives.

In Florida, the Volusia County Sheriff's Office said it arrested Tristan Wix, 25, of Daytona Beach on Friday after he texted a former girlfriend on Aug. 11 about plans to kill 100 people in a mass shooting.

"I'm not crazy I just wanna die and I wanna have fun doing it, but I'm the most patient person in the world,” the Sheriff's Office said Wix wrote in a text.

A Sheriff's Office spokesman said by email that a search of Wix's home turned up a .22 caliber rifle belonging to his stepfather with about 400 rounds of ammunition.

"It's sad and disturbing that what happened here in Volusia County was one of three similar cases across the country in just a few days," Sheriff Michael Chitwood said in a statement.

"But it's also encouraging that in each case, a tip from the public enabled law enforcement to step in and make an arrest before anyone was killed," he added.

Wix, who faces a felony charge of threatening to kill or do bodily injury, is being held without bond. No court date has been scheduled.

In Connecticut, authorities are holding Brandon Wagshol, 22, on $250,000 bond after Norwalk police said they arrested him last Thursday, accusing him of posting on Facebook an interest in committing a mass shooting. He faces four counts of possessing large-capacity magazines after a search of his home turned up a number of firearms and ammunition, police said.

Lawyers for Reardon and the other two suspects could not be reached.

The arrests follow three mass shootings, including incidents in El Paso, Texas, and Dayton, Ohio, within 13 hours of one another on Aug. 3 and 4, and a shooting in Gilroy, California, on July 28.