Obama to say Trump has failed, praise Biden as 'a brother' 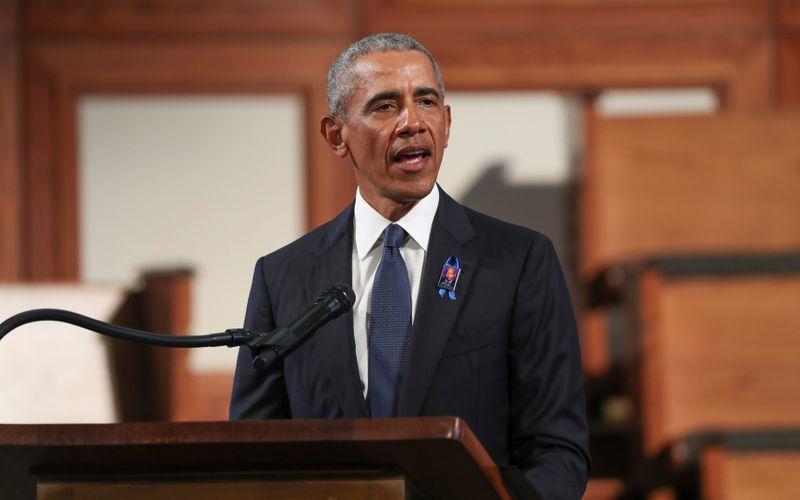 (Reuters) - Former U.S. President Barack Obama will tell Democrats on Wednesday that Donald Trump's failures have left 170,000 Americans dead from the coronavirus pandemic, cost millions their jobs and threatened democracy both at home and abroad.

In excerpts released ahead of the Democratic National Convention's third night, Obama will deliver perhaps his most pointed criticisms of his successor, after avoiding the fray for most of the last three years, while also making the case for his former No. 2, Democratic presidential nominee Joe Biden.

"He's shown no interest in putting in the work; no interest in finding common ground; no interest in using the awesome power of his office to help anyone but himself and his friends; no interest in treating the presidency as anything but one more reality show that he can use to get the attention he craves," Obama will say.

"Donald Trump hasn't grown into the job because he can't."

Obama's words echo those of his wife, Michelle Obama, who said on Monday night that Trump had proven he was incapable of meeting the moment and "simply cannot be who we need him to be."

Biden was formally nominated on Tuesday night to take on Trump in the Nov. 3 presidential election. U.S. Senator Kamala Harris, his choice for vice president, was due to speak on Wednesday and Biden himself on Thursday.

Obama, who remains enormously popular among Democratic voters, will also use his speech to offer a personal endorsement of Biden, who served as his vice president for eight years.

"Twelve years ago, when I began my search for a vice president, I didn't know I'd end up finding a brother," he was expected to say. "Joe and I came from different places and different generations. But what I quickly came to admire about him is his resilience, born of too much struggle; his empathy, born of too much grief."

Obama's address will be delivered from the Museum of the American Revolution in Philadelphia.