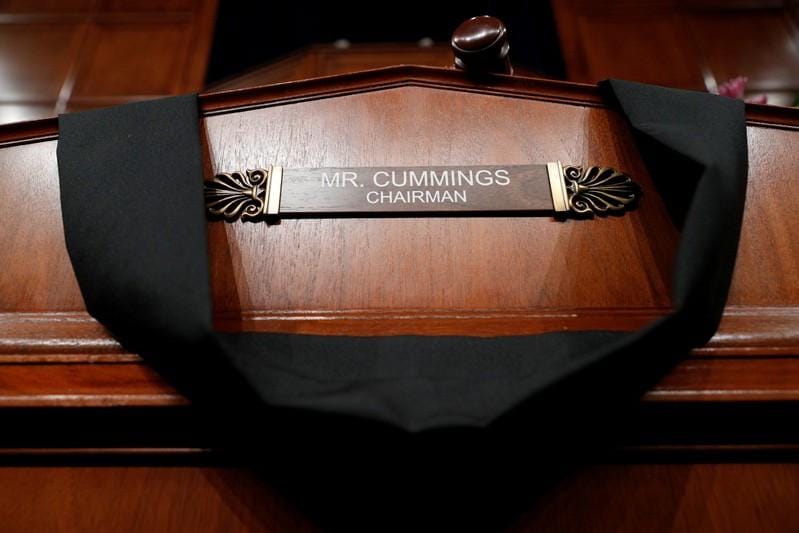 (Reuters) - Former U.S. presidents Barack Obama and Bill Clinton, along with former presidential candidate and Senator Hillary Clinton, are among a who's-who list of the Democratic Party slated to speak on Friday at the late Congressman Elijah Cummings' funeral.

Representative Cummings' office released a list late Wednesday of the 10 pallbearers and 15 speakers slated for the funeral Friday at the New Psalmist Baptist Church in Cummings' hometown of Baltimore.

Cummings, 68, a civil rights champion and 22-year veteran of the House of Representatives, died last Thursday of complications from longstanding health problems.

"He will deliver remarks about the remarkable life and legacy of one of this country's finest public servants," Hill said in the statement.

Obama is counted among Cummings' friends and Cummings was an early supporter of Obama's 2008 presidential campaign.

Also slated to speak is former National Association for the Advancement of Colored People President Kweisi Mfume, whose Maryland seat Cummings took over when Mfume became the leader of the civil rights group. The seat, Maryland's 7th congressional district, was held by Cummings for more than two decades.

His body will lie in state Thursday in the nation's Capitol, where fellow lawmakers and the general public can pay their respects at the National Statuary Hall, an ornate room in the Capitol that holds statues contributed by the 50 U.S. states.

Cummings, an African-American, was one of a handful of Democrats leading an impeachment investigation into President Donald Trump.

At the time of his death, Cummings, who represented the city of Baltimore and surrounding areas of Maryland, chaired the powerful House Oversight and Government Reform Committee.

He became chairman in January when he and his fellow Democrats took majority control of the House.

In late September, Speaker Pelosi launched a formal impeachment investigation into Trump's dealings with Ukraine and designated the House's intelligence, foreign affairs and oversight committees to lead the probe.

(Reporting by Rich McKay in Atlanta; Editing by Jacqueline Wong)