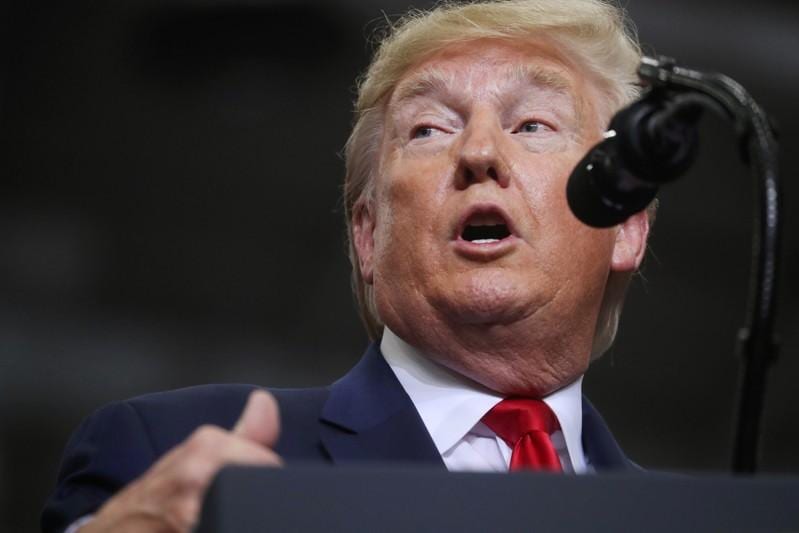 Justice Saliann Scarpulla of the state Supreme Court in Manhattan said the payment should go to a group of non-profit organizations because the foundation, the Donald J. Trump Foundation, has been dissolved.

The White House was not immediately available for comment.

Trump's foundation had the subject of a June 2018 lawsuit by the New York attorney general at the time, Barbara Underwood, against Trump and his adult children Donald Jr., Eric and Ivanka.

Underwood filed suit after a 21-month probe that she said had uncovered "extensive unlawful political coordination" between the foundation and the campaign. The foundation agreed last December to dissolve.

Letitia James, the current New York attorney general, called the $2 million award and earlier settlement "a major victory in our efforts to protect charitable assets and hold accountable those who would abuse charities for personal gain."