NSA leaker Edward Snowden a spy for China or whistleblower?

New York: Is NSA leaker Edward Snowden a whistleblower, a spy for China, a traitor or a political activist? It depends on who you ask. Former vice president Dick Cheney told Fox News Sunday that he thinks Snowden is a "traitor" and warned that the intelligence analyst may be spying for the Chinese government.

Snowden who revealed US spy programs track phone and Internet messages around the world in the hope of preventing terrorist attacks, scoffed Monday at the notion he's a spy for China, and said his disclosures were motivated by disappointment in President Barack Obama.

"Being called a traitor by Dick Cheney is the highest honour you can give an American,'' Snowdown wrote during a live chat on the Guardian’s website.

Snowden, who took immediate refuge in Hong Kong, was asked directly during the chat about speculation he did or would provide classified material to the Chinese government in exchange for asylum. 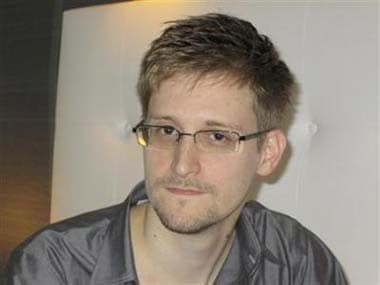 "This is a predictable smear that I anticipated before going public, as the US media has a knee-jerk 'RED CHINA!' reaction to anything involving HK or the the People's Republic of China, and is intended to distract from the issue of US government misconduct," Snowden answered.

"Ask yourself: if I were a Chinese spy, why wouldn't I have flown directly into Beijing? I could be living in a palace petting a phoenix by now."

He later answered that he has had "no contact" with the Chinese government. "I only work with journalists," he said.

The blog chat was monitored by Guardian reporter Glenn Greenwald, who broke the NSA story two weeks ago based on Snowden leaks. Snowden, who is believed to be in Hong Kong, vowed to release more details on the NSA's "direct access" to American tech companies' servers.

"Truth is coming, and it cannot be stopped," Snowden said while adding that the US government "is not going to be able to cover this up by jailing or murdering me."

Snowden said Google, Facebook and other tech companies had been "misleading" in their denials about the size and scope of the giant US government surveillance program called PRISM.

"They are legally compelled to comply and maintain their silence in regard to specifics of the program, but that does not comply them from ethical obligation," he said. "If for example Facebook, Google, Microsoft, and Apple refused to provide this cooperation with the Intelligence Community, what do you think the government would do? Shut them down?"

Snowden has been clear from the start that he came forward because of what he viewed as the Obama administration's failure to follow through on campaign promises to make the government more transparent. "Obama's campaign promises and election gave me faith that he would lead us toward fixing the problems he outlined in his quest for votes. Many Americans felt similarly. Unfortunately, shortly after assuming power, he closed the door on investigating systemic violations of law, deepened and expanded several abusive programs, and refused to spend the political capital to end the kind of human rights violations like we see in Guantanamo, where men still sit without charge.''

On Monday, Snowden's father, Lon Snowden told Fox News that he loves his son and wants him to come back to the US: "I hope, I pray and I ask that you will not release any secrets that could constitute treason…I sense that you're under much stress [from] what I've read recently, and [ask] that you not succumb to that stress…and make a bad decision.''

President Obama has no plans to scrap the programs that, despite the backlash, continue to receive widespread support within the Congress. The US says that surveillance has stopped “dozens” of terrorist attacks by looking at the phone records, emails and other Internet searches of people suspected of terrorism-related incidents.

US officials said the surveillance efforts helped them track down terrorist David Headley, who was handed a 35-year jail sentence by a Chicago court for his role in the deadly Mumbai massacre. This hasn’t mollified India which has asked Washington to verify a Guardian newspaper report that cited India as the fifth most heavily tracked country by US intelligence.