Not in Britain's national interest to hold election: UK PM May

NEW YORK (Reuters) - Prime Minister Theresa May said on Tuesday it would not be in Britain's national interest to hold another general election. 'What I'm doing is working to deliver a good (Brexit) deal with Europe in the national interest 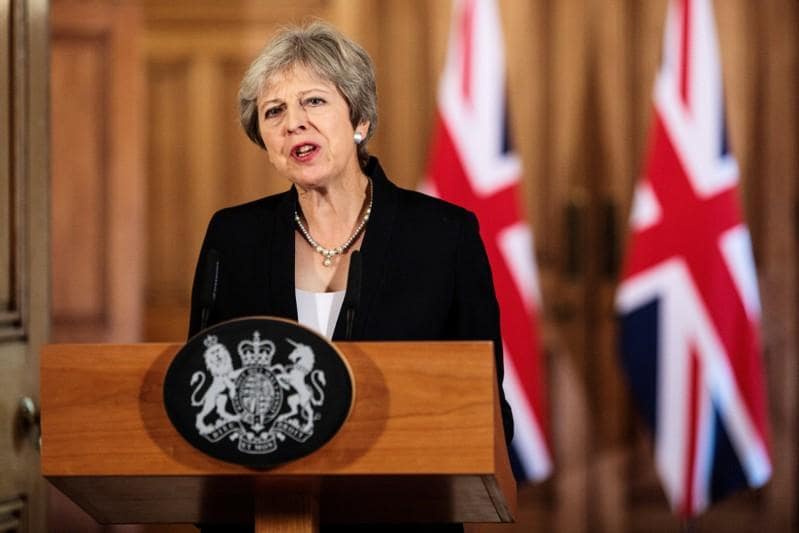 NEW YORK (Reuters) - Prime Minister Theresa May said on Tuesday it would not be in Britain's national interest to hold another general election.