India's contribution to the reduction of institutional investment in fossil fuel remains modest; the government certainly needs to renew its renewable energy push

It’s a brave country that begins to wash its hands off investing in oil as Norway just has. In the biggest divestment yet from hydrocarbons, Norway has announced its trillion dollar sovereign wealth fund is going to sell its stocks in some —but not all — oil and gas exploration companies. The government plans to pull $8 billion out of 134 firms at one go, still only a fraction of the $28 billion it holds in oil and gas stocks. The moves leaves oil and gas giants like Shell, BP, Total and the state-run Equinor untouched on the grounds that they do businesses other than oil exploration.

The Norwegian government’s move is still not final, though. “It still requires approval from Parliament, but with the support of the opposition it is very likely to be approved soon and then go for implementation,” Yossi Cadan, senior divestment campaigner at the group 350.org, which is campaigning to substitute fossils with green energy, tells Firstpost. The major exceptions Norway has made means the move still doesn’t go as far as anti-fossil fuel campaigners would like it to. But this is still a big step that sends out a strong signal.“It’s a good first step and we hope additional inclusions of mega oil corporations will follow,” says Cadan.

Massive as it is, the Norwegian decision is only the largest among a thousand waves in this advance. 350.org has run campaigns across mostly North America and Europe that have brought success that is undoubtedly less than what is needed but just as certainly far greater than expected. At the end of 2014, 181 institutions with $50 billion worth of assets had committed to divestment; that figure has now risen to more than a thousand institutions with managed investments worth almost $8 trillion, says 350.org.

This is a green revolution that India is mostly missing – amid arguments that it needs to, at least in the short term. The scorecard of a thousand plus companies includes two Indian firms that are both faith-based – Caritas India that has pledged to divest from all fossil fuels, and Indian Catholic Matters. It’s not unusual for such groups to divest first and to divest most. Close to half of all companies around the world that have divested are faith-based investment companies or philanthropic organisations. Governments and educational institutions account for another 30 per cent. Only 4 per cent of the lot are companies operating for profit.

To the extent that reduction of institutional investment in fossil is going to green the world, or lessen its green losses, the Indian contribution so far is modest. “The two commitments in India have very little financial capital — though some bigger moral capital — to influence any target in India,” Cadan tells Firstpost.

In the face of such modest moves, 350.org is not campaigning among the bigger companies yet. “Currently, we’re not targeting any specific institution in India and the divestment is more a general call for all investors to withdraw their investments from all fossil fuels.” But the fresh move by Norway has the potential to impact India. “If there are explorations they will be on Norway’s divestment short list,” says Cadan.

The International Energy Agency projected in its 2018 report that India’s energy demand would double by 2040, the highest in the world. Not all that the sun can shine or the wind blow could meet a substantial bit of that rising demand. Reduced investment in exploration companies of the Norwegian kind and the inhibiting influence that a move like this can signal could both lessen supply and raise oil prices at a time when India is hungry to grow on the strength of such energy. India has launched an ambitious push to power itself on renewables but amid signs that use of solar panels is slowing, and that these aren’t as inexpensive or as easy to use as hoped.

The debate over progressive policy on climate change dragged down by dangerous sources of energy hasn’t gone away, not for developing countries such as India that hasn’t bid goodbye to coal, never mind oil. The signal from Norway is a strong one for India: for its own economy and for everyone’s environment, New Delhi will certainly need a renewed push on renewables. 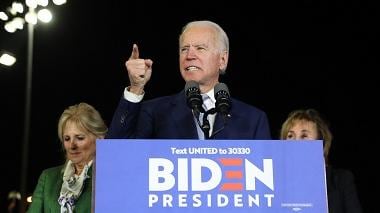