OSLO (Reuters) - A small centrist party holding the balance of power in Norway's parliament should consider aligning itself with the Labour-led opposition, the party's leader said on Friday, in a switch that could topple the centre-right government. In a speech, Christian Democratic Party chief Knut Arild Hareide, who for the last five years has backed Conservative Prime Minister Erna Solberg, recommended that a Nov 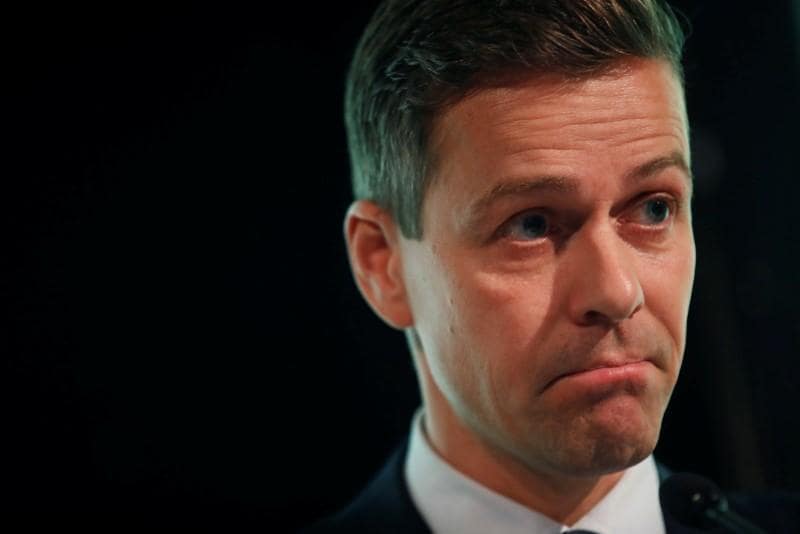 OSLO (Reuters) - A small centrist party holding the balance of power in Norway's parliament should consider aligning itself with the Labour-led opposition, the party's leader said on Friday, in a switch that could topple the centre-right government.

The Norwegian constitution does not allow for snap elections, and a switch of allegiance by the Christian Democrats could shift the balance of power to Labour until the next parliamentary election takes place in 2021.

Hareide would seek to form a minority government together with Labour and the Centre Party, while excluding the Socialist Party.

"We'll have an open, democratic process at our party to make this decision," Hareide said.

A centre-left government could impose more restraints on Norway's oil industry by limiting the awards of new exploration acreage, but is unlikely to change the pace of spending from the $1 trillion sovereign wealth fund, the world's largest.

Solberg separately told a news conference later on Friday that she would continue to govern unless she's voted down by a potential new majority.

She also reiterated her long-standing invitation to the Christian Democrats to join her government if the party were to disagree with its leader.