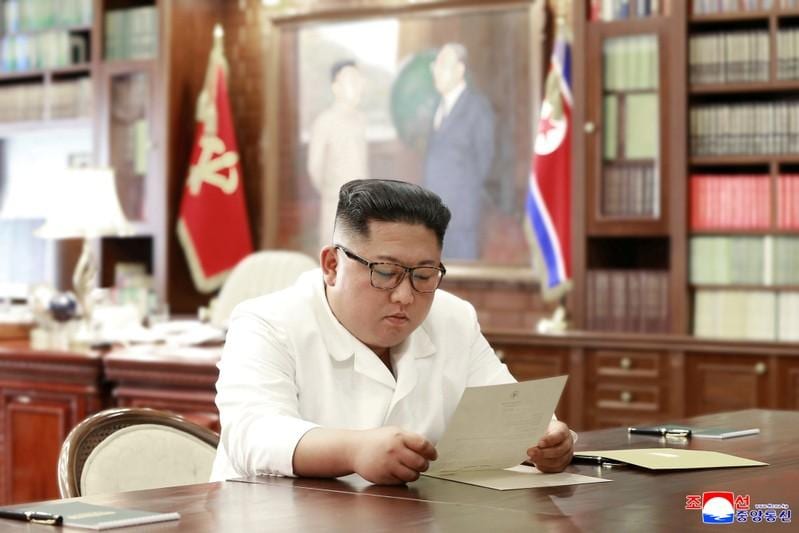 A summit in February between Kim and President Donald Trump collapsed when the two leaders were unable to bridge differences between U.S. demands for denuclearization and North Korean demands for sanctions relief.

"We still continue to assess within the IC (intelligence community) that Kim Jong Un is not ready to denuclearize," Ashley said.

Trump will visit South Korea this weekend after an exchange of letters with Kim boosted hopes for a resumption of talks aimed at ending North Korea's nuclear program.

Trump is set to arrive in South Korea for a two-day visit on Saturday, and will meet President Moon Jae-in on Sunday, following a summit of G20 leaders in Japan, Moon's spokeswoman, Ko Min-jung, said on Monday.

The announcement came hours after U.S. Secretary of State Mike Pompeo said he hoped a letter Trump sent to Kim could pave the way for a revival of talks that have been stalled since February's failed summit in Vietnam.