SEOUL (Reuters) - North Korea on Thursday called Japanese Prime Minister Shinzo Abe an 'idiot and villain' who should not even dream of setting foot in Pyongyang, in a media commentary laden with insults in response to his criticism of a North Korean weapons test. North Korea tested what it called 'super-large multiple rocket launchers' on Oct 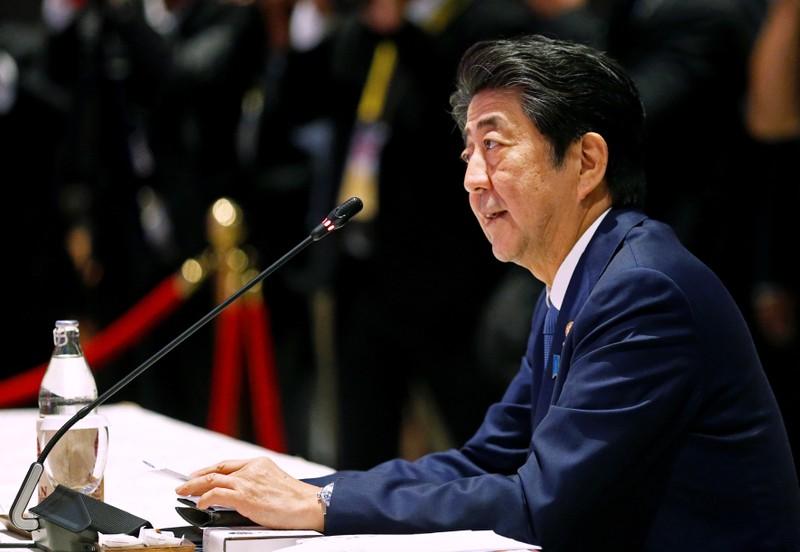 SEOUL (Reuters) - North Korea on Thursday called Japanese Prime Minister Shinzo Abe an "idiot and villain" who should not even dream of setting foot in Pyongyang, in a media commentary laden with insults in response to his criticism of a North Korean weapons test.

Abe condemned the test at an Asian summit this week, while saying he was eager to meet North Korean leader Kim Jong Un "without conditions" to resolve the issue of Japanese nationals abducted by the isolated state, Kyodo news agency reported citing the Japanese government.

"Abe is an idiot and villain as he is making a fuss as if a nuclear bomb was dropped on the land of Japan, taking issue with the DPRK's test-fire of super-large multiple rocket launchers," the North's KCNA state news agency said, citing a statement by Song Il Ho, its ambassador for ties with Japan.

"Abe would be well-advised not to dream forever of crossing the threshold of Pyongyang as he hurled a torrent of abuse at the just measures of the DPRK for self-defence."

The commentary signals a setback for Abe's hope of resolving the issue of the abducted Japanese citizens. He has vowed to bring all of them and has said he was willing to meet Kim without conditions.

In 2002, North Korea admitted that its agents had kidnapped 13 Japanese from the 1960s to the 1980s. Japan says 17 of its citizens were abducted, five of whom were repatriated.

North Korea has said eight of them were dead and another four never entered the country.

In Washington on Thursday, the Pentagon said the joint military exercise was reduced in scope from previous drills.

"It meets all the requirements of the ROK Air Force (and) the U.S. Air Force to ensure readiness," Rear Admiral William Byrne, vice director of the Joint Staff, told reporters during a briefing.