Nigerian charity tries to salvage a slum's schooling amid pandemic

By Angela Ukomadu and Nneka Chile LAGOS (Reuters) - Outside her home in the Lagos slum of Makoko, Esther Ikechukwu stacks two upturned buckets, places a handbag on top and rests a tablet against it. Her balancing act finished, the desk and the 17-year-old are ready for school. 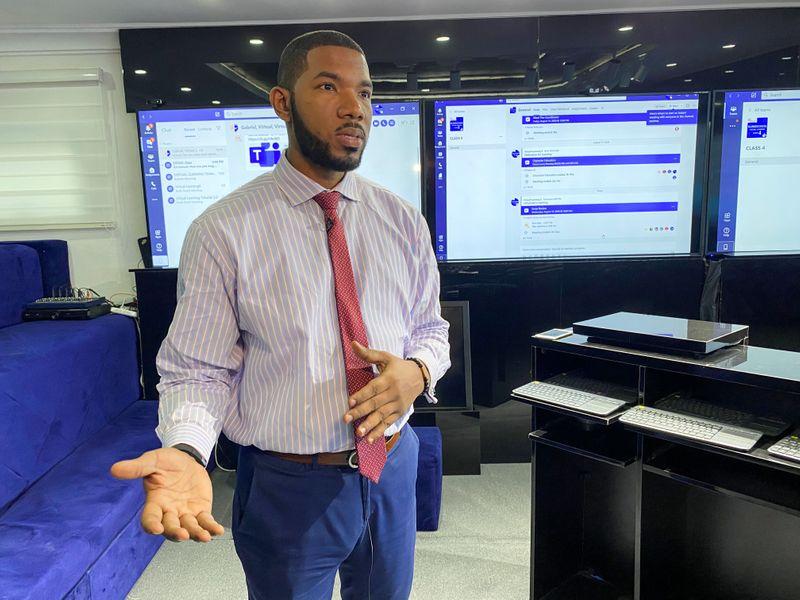 By Angela Ukomadu and Nneka Chile

LAGOS (Reuters) - Outside her home in the Lagos slum of Makoko, Esther Ikechukwu stacks two upturned buckets, places a handbag on top and rests a tablet against it. Her balancing act finished, the desk and the 17-year-old are ready for school.

The coronavirus pandemic shut Nigeria's schools in March. Already with more children out of education than any other country, 13 million according to the United Nations, the virus threatens even more futures.

Most at risk are those like Esther, growing up in Nigeria's slums with few social safety nets.

Authorities say schools could soon begin a phased reopening, but organisations like Slum2School have tried to fill the void. It is a Lagos-based charity working across Africa to educate children growing up in poorer communities.

Since July, it has given tablets and laptops to teachers and pupils in the Makoko slum for live remote lessons - normally an unaffordable solution for the children.

Esther, who received a tablet and headset from the charity, said she had missed attending school until the charity stepped in.

"I am not really missing (out)," she said, adding that she was now in a better position than some other youngsters.

But the slum's lack of power means difficulty charging electronics. Esther's outdoor desk is a solution for the weak mobile signal indoors - she juggles between video and audio as the network drops.

Long school breaks can cut children out of education as they are pushed to support poor families with menial work, said Otto Orondaam, the charity's founder.

"This is just another way to keep them learning," he said.

(Reporting by Nneka Chile and Angela Ukomadu in Lagos; Writing by Paul Carsten; Editing by Alexis Akwagyiram and Janet Lawrence)