Nigeria presidential election could be delayed in some areas -sources

ABUJA (Reuters) - Nigeria's presidential election set for Saturday is now expected to be delayed in parts of the country, two diplomats and a government source said on Friday, citing difficulties in transporting electoral materials in some areas. 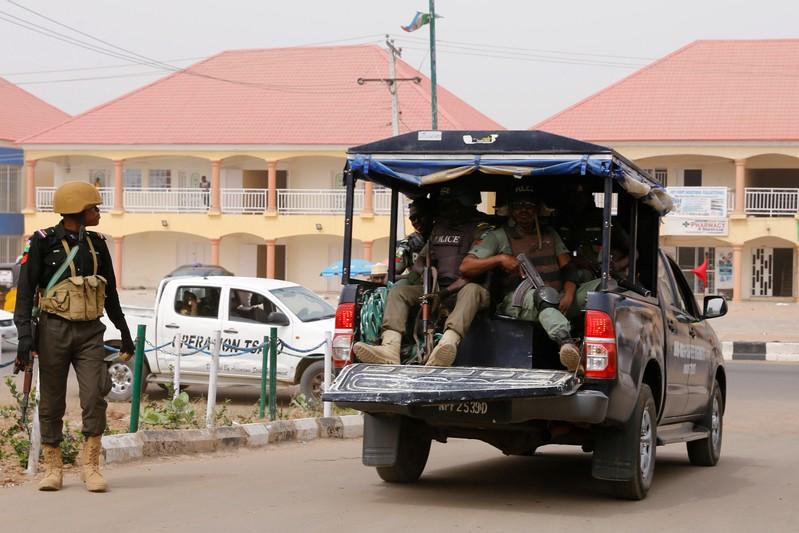 ABUJA (Reuters) - Nigeria's presidential election set for Saturday is now expected to be delayed in parts of the country, two diplomats and a government source said on Friday, citing difficulties in transporting electoral materials in some areas.

An official of the Independent National Electoral Commission (INEC) told Reuters that "some result sheets and some ballot papers are reportedly missing. We want to track every (piece of) sensitive material, take inventory of what we have and what is missing".

The official said if the election was to be postponed, INEC would have to talk with the political parties first before making any pronouncement.

"A decision has been taken. We are going to address you soon," Rotimi Oyekanmi, chief press secretary to the National Chairman of INEC told reporters.

A government official said "the legitimacy of the entire process will be questioned and the winner could lack the moral authority to superintend the affairs of the state".

One Western diplomat said: "Sensitive materials (ballot papers and results sheets) have been delayed in being distributed."

Nigeria is also dealing with pockets of instability. Throughout the day, authorities bolstered security in much of the country on the eve of the vote in Africa's largest democracy where past elections have been marred by violence, voter intimidation and ballot rigging.

Dozens of combat policemen and other security forces were deployed from police headquarters in Maiduguri, the capital of Borno state on the country's northeast frontier that has been worst hit by Boko Haram and its offshoot, Islamic State in West Africa Province.