By Ismael Lopez MANAGUA (Reuters) - An influential Nicaraguan journalist critical of the country's government said on Monday that local journalism was living its worst moment under repression by President Daniel Ortega. In recent days, Ortega's government shut down a broadcaster, arrested two reporters on terrorism and hate-incitement charges, while a judge ordered the arrest of three more and others fled the country in fear. 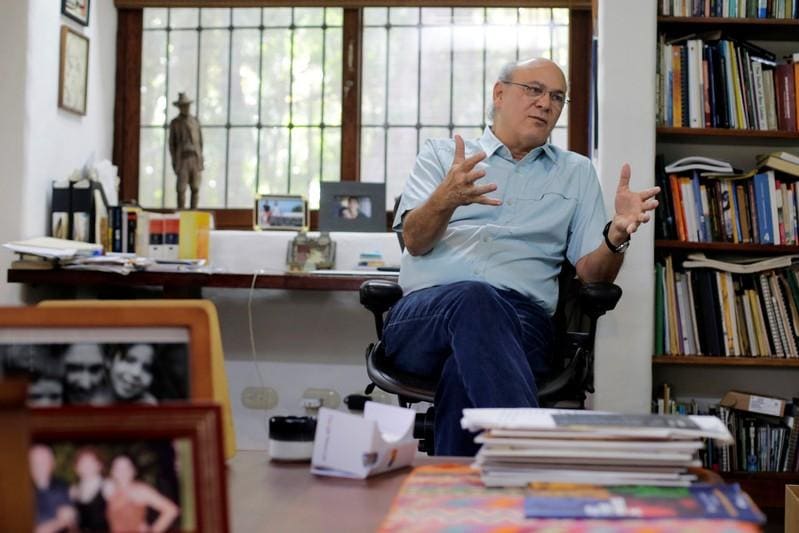 MANAGUA (Reuters) - An influential Nicaraguan journalist critical of the country's government said on Monday that local journalism was living its worst moment under repression by President Daniel Ortega.

In recent days, Ortega's government shut down a broadcaster, arrested two reporters on terrorism and hate-incitement charges, while a judge ordered the arrest of three more and others fled the country in fear.

"They are making up crimes. They are crimes that don't exist. In essence they are criminalising the work of the journalist," Carlos Fernando Chamorro, one of Nicaragua's most famous journalists, said in an interview.

"It's a total assault against the right to freedom of expression," said Chamorro, who is the son of former President Violeta Barrios and Pedro Joaquín Chamorro, a journalist murdered when he ran a major newspaper critical of dictator Anastasio Somoza in the 1970s.

Representatives from Ortega's government did not respond to a request for comment. Ortega's administration has repeatedly said there is freedom of expression in the country.

Since April, Nicaragua has been experiencing one of its worst crises since a civil war in the 1980s. Protests raged for months before a government clampdown reined them in.

More than 300 people have been killed and more than 500 are incarcerated, according to the Nicaraguan Center for Human Rights, one of the groups the government has blacklisted. Human rights groups say four radio stations and a TV station have closed, while dozens of journalists have been beaten and threatened.

Chamorro said he has been targeted with death threats on social media. He fears that the government could trump up charges as an excuse to throw him in jail.

"Never in the history of Nicaragua has there been such a terrible attack as this," said Chamorro, who has hired a driver for protection. "We are all at immediate risk."