By Maria Caspani and Nathan Layne (Reuters) - New York Governor Andrew Cuomo said he will travel to Washington to meet with President Donald Trump on Wednesday and planned to discuss major investments in infrastructure as a way to jumpstart a U.S. economy devastated by the coronavirus pandemic 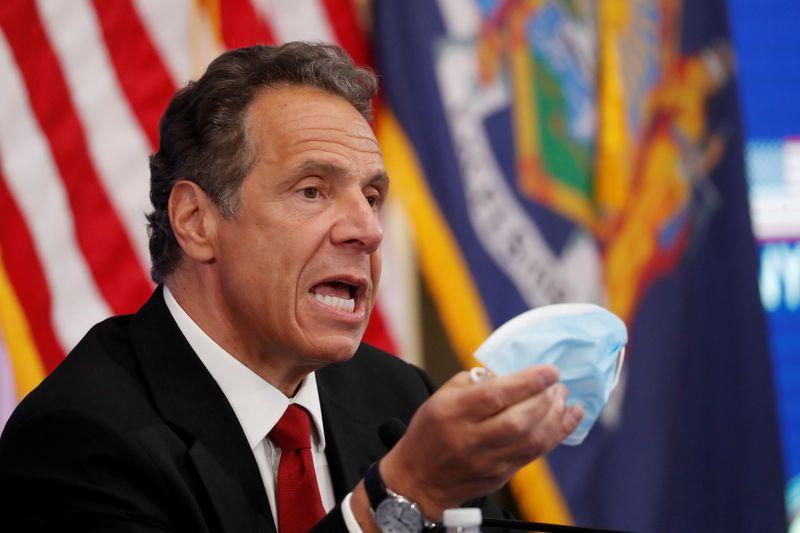 By Maria Caspani and Nathan Layne

(Reuters) - New York Governor Andrew Cuomo said he will travel to Washington to meet with President Donald Trump on Wednesday and planned to discuss major investments in infrastructure as a way to jumpstart a U.S. economy devastated by the coronavirus pandemic.

Cuomo also told a daily briefing on Tuesday he planned to accelerate major construction projects in his state, including the redevelopment of LaGuardia Airport and a renovation and expansion of Penn Station in New York City.

The Democratic governor, who has at times has traded barbs with Trump over the federal government's pandemic response, said he would promote the idea of large infrastructure investments in his meeting with the Republican president. Cuomo said past presidents have failed to make good on promises to modernize U.S. bridges, roads and rail systems.

Cuomo did not provide other details about his meeting with Trump, who has voiced support for infrastructure spending and possible legislation along those lines both before and after the pandemic.

"The time to fix the hole in the roof, we would say in Queens, is when the sun is shining," Cuomo said. "The time to do this work is now when you need the jobs, and the volume is low, and New York will lead the way."

New York long was the U.S. epicenter of the pandemic. Stay-at-home orders and other restrictions imposed by various states aimed at reducing the pathogen's spread hammered businesses and drove tens of millions of Americans into unemployment. States have begun to reopen and have searched for ways to stimulate economic growth.

(Reporting by Nathan Layne in Wilton, Connecticut and Maria Caspani in New York; Additional reporting by Jeff Mason in Washington; Editing by Franklin Paul and Will Dunham)