NEW YORK (Reuters) - Everyone in the New York City mayor's office, including the mayor himself, will be furloughed for one week without pay beginning Oct. 1 to close a budget shortfall created by the pandemic, Mayor Bill de Blasio announced on Wednesday 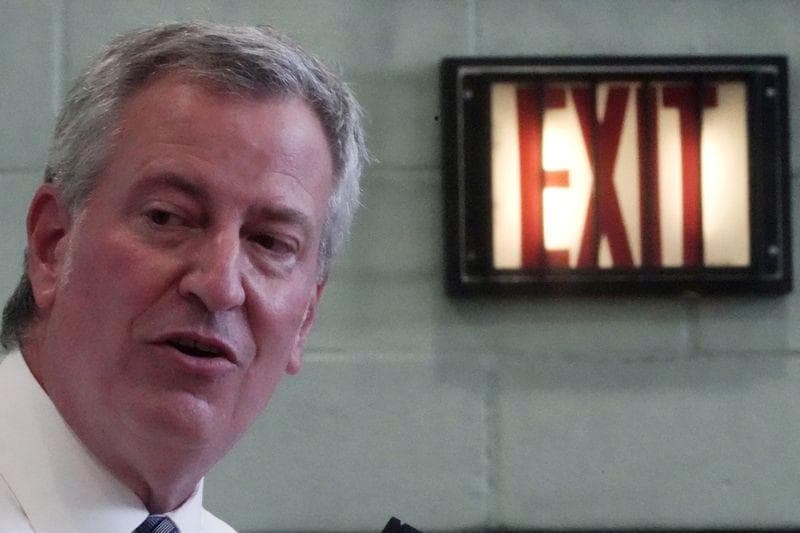 NEW YORK (Reuters) - Everyone in the New York City mayor's office, including the mayor himself, will be furloughed for one week without pay beginning Oct. 1 to close a budget shortfall created by the pandemic, Mayor Bill de Blasio announced on Wednesday.

The coronavirus outbreak had caused the city to lose $9 billion in revenue and forced a $7 billion cut to the city's annual budget, de Blasio told reporters.

The furloughs will save only about $1 million, the mayor said, but may serve as a useful symbol as he continues to negotiate with labor unions representing municipal employees over broader payroll savings. De Blasio plans to work without pay during his own week-long furlough, the New York Times reported.

"It was not a decision I made lightly," he told reporters. "To have to do this is painful for them and their families, but it is the right thing to do at this moment in history."

With the furloughs and other savings, the mayor's office budget this fiscal year will be 12% smaller than it was last year, de Blasio said, though he did not provide absolute totals.

The policy will affect 495 staff, the Times reported, and the week-long furloughs will be staggered among them between October and March 2021. De Blasio has warned he may have to lay off 22,000 city employees if savings cannot be found in the negotiations with the labor unions.

He is also seeking greater borrowing power from state lawmakers in Albany, New York state's capital, who have been resistant so far.