By Richard Cowan and Daphne Psaledakis WASHINGTON (Reuters) - Republicans who control the U.S. Congress are hesitating to advance tough new Russia sanctions legislation as fears of damage to American companies slow efforts to quickly send Moscow a message against meddling in the next U.S. 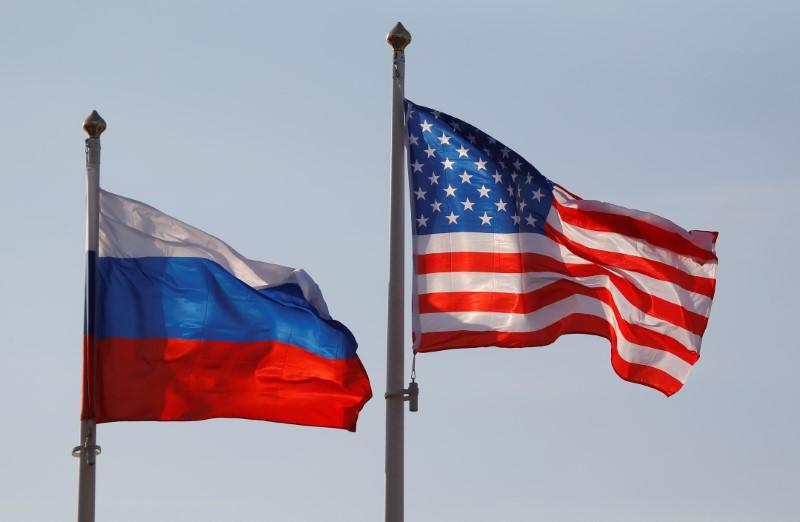 By Richard Cowan and Daphne Psaledakis

WASHINGTON (Reuters) - Republicans who control the U.S. Congress are hesitating to advance tough new Russia sanctions legislation as fears of damage to American companies slow efforts to quickly send Moscow a message against meddling in the next U.S. election.

Unlike a year ago, when Congress worked with lightning speed on a sanctions law targeting Russia, North Korea and Iran, some lawmakers said on Tuesday the Senate and House of Representatives were carefully weighing their response to growing fears that Moscow is plotting to interfere in November's

Republicans and Democrats were united in their repudiation last week of President Donald Trump's failure to publicly condemn Russian President Vladimir Putin for interfering in the 2016 presidential election, despite findings by U.S. intelligence. Russia has denied such meddling occurred.

With a five-week summer recess set to begin in the House on Friday and the Senate taking an early August week-long recess, backers of legislation to impose harsh new sanctions on Russia feared the effort could be losing steam.

A bipartisan group of senators, led by Republican Senator Marco Rubio and Democratic Senator Chris Van Hollen, is pushing "DETER Act" legislation putting Putin on notice that his country would be slammed with a torrent of U.S. sanctions if Russia interfered in any future American election.

It had the backing of several senior lawmakers, although it was unclear how quickly it could move through committees.

"That proposal is one that I think is generating a good amount of interest, and I think it's a pretty solid approach, really," said No. 3 Senate Republican John Thune.

But leading congressional Republicans and U.S. energy firms concerned about losing business with Russia have been seeking to put on the brakes. Congressional sources said last week that U.S oil and gas firms were lobbying against the tighter sanctions that could affect their investments in Russia.

"We don't want to rush in with our hair on fire," Senate Foreign Relations Committee Chairman Bob Corker told reporters on Tuesday, adding that a new sanctions bill had to be done "in a thoughtful way."

'STUCK IN THE MUD'

Senate Democratic leader Chuck Schumer declared on Monday that new Russia sanctions legislation was "stuck in the mud," as he accused Republicans of being "unwilling, maybe afraid" to push back against Trump.

Despite a possible loss of momentum on sanctions, Republican leadership had tough words for Putin on Tuesday.

House Speaker Paul Ryan and Senate Majority Leader Mitch McConnell, both Republicans, separately proclaimed that Putin would not be welcome in the U.S. Capitol if he accepted Trump's invitation to visit Washington this autumn.

Last week, Ryan called Russia's government "menacing" as he urged a new round of sanctions.

But so far, the only firm action by Congress since Helsinki is a move to loosen - not tighten - the noose on Russia.

The Trump administration has convinced a group of lawmakers to ease a sanctions regime aimed at Moscow that has made it difficult for U.S. allies such as India, Indonesia and Vietnam to purchase weapons from Russia.

The legislation, deep inside a massive bill authorizing U.S. military programs, still has to be approved by the full House and Senate.

But Democratic Senator Chris Coons predicted that the DETER bill would garner overwhelming support if brought to the Senate floor. The sanctions law last year passed 98-2.

"Whatever the president's concerns are, I think he would ultimately sign it. He can do math," Coons told reporters.