By Steve Holland and Jeff Mason WASHINGTON (Reuters) - A merit-based immigration proposal being put together by White House senior adviser Jared Kushner could lead to an increase in U.S. visas for highly skilled workers, sources familiar with the effort said on Wednesday. Kushner is expected to present the comprehensive plan next week to President Donald Trump, who will decide whether to adopt it as his official position or send it back for changes, the sources said. 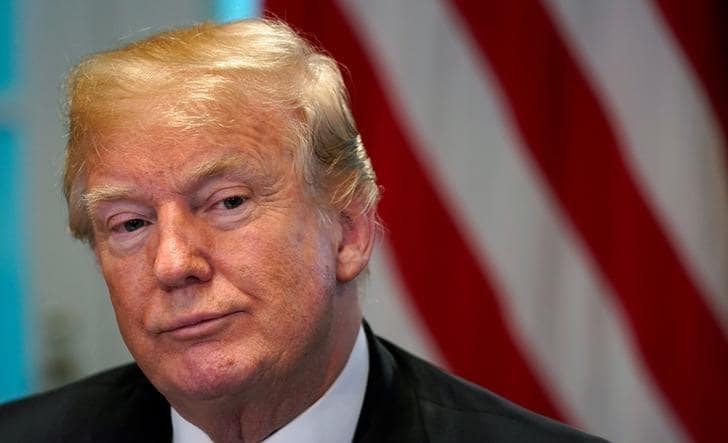 WASHINGTON (Reuters) - A merit-based immigration proposal being put together by White House senior adviser Jared Kushner could lead to an increase in U.S. visas for highly skilled workers, sources familiar with the effort said on Wednesday.

Kushner is expected to present the comprehensive plan next week to President Donald Trump, who will decide whether to adopt it as his official position or send it back for changes, the sources said.

The plan does not propose ways to address young people who came to the United States illegally as children who were protected by President Barack Obama in the 2014 programme known as Deferred Action for Childhood Arrivals (DACA), or those people who have Temporary Protected Status, the sources said.

Democrats, whose support the White House would need to advance any kind of immigration legislation through Congress, have insisted that the DACA recipients be protected.

Kushner has held about 50 listening sessions with conservative groups on immigration, a senior administration official said. He has been working with White House economic adviser Kevin Hassett and policy adviser Stephen Miller on the plan and the sources said there has been some intense behind-the-scenes jockeying about the plan.

At a Time magazine forum in New York on Tuesday, Kushner said he was working well with Miller, an immigration hawk, on the topic. The two men are both long-time Trump advisers.

"Stephen and I haven't had any fights," he said with a smile.

That drew scepticism from immigration advocate Marshall Fitz of the Emerson Collective, who gave Kushner credit for advancing criminal justice reform but said immigration was a dramatically different issue that Miller was dominating at the White House.

"It's impossible to see how Kushner could navigate an issue this freighted with history and central to the president's re-election strategy in a way that would actually move the ball forward," Fitz said.

As a White House candidate in 2016 and throughout his presidency, Trump has advocated a hard-line policy on immigration, pushing for a wall to be built on the U.S.-Mexico border and using bruising rhetoric to describe people who have fled Central American countries to enter the United States.

Republicans have largely supported his immigration proposals, but the latest White House plan aims to bring them together on a broader basis.

Some in the U.S. business community have asked that the number of highly skilled visas be raised to attract more employees from abroad for specialised jobs amid a booming U.S. economy. Trump himself has talked of the need to bring in more skilled workers.

The immigration plan would either leave the number of highly skilled visas each year at the same level or raise it slightly, the sources said.

The overall goal is to reshape the visa programme into a more merit-based system, a key Trump goal. Officials working on the plan have been reviewing the systems used by Canada and Australia as possible models for the Trump effort.

The group has been working on a guest-worker programme as part of the proposal to address the U.S. agriculture community's need for seasonal labour while not hurting American workers, but nothing has been finalised, the sources said. Trump has sought to court farmers in key battleground states to boost his chances of re-election in 2020.

The proposal will include recommendations for modernizing ports of entry along the U.S. border to ensure safe trade while preventing illegal activity. It will also address asylum laws to take account of Trump's desire to reduce the number of people who overstay their visas, the sources said.

Kushner, who is Trump's son-in-law, is also a main architect of a Middle East peace proposal that the president is expected to unveil this summer.

His objective on the immigration plan at the very least is to have a document that represents the president's immigration policy and provide something that Republicans can rally around.