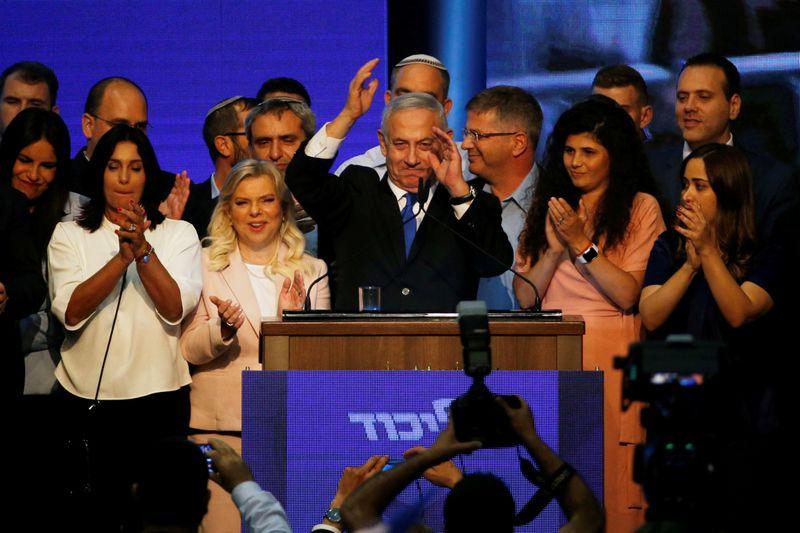 Netanyahu's announcement, six days before an election in which the rightwing leader needs backing from settlers and their supporters, would give the go ahead to 3,500 homes for Jewish settlers on a parcel of barren hills known as E-1.

Israel had frozen a plan to build settlements there since 2012 because of objections from the United States, European allies and other world powers who considered the project a threat to any future peace deal with the Palestinians.

Palestinians say it would split the Israeli-occupied West Bank in two, and cut off its residents from access to East Jerusalem, also territory Israel captured in a 1967 war, and where Palestinians hope to locate the capital of a state.

"I have given instructions to immediately publish for deposit the plan to build 3,500 housing units in E-1," Netanyahu said in a speech, describing the first phase of a planning process. "This had been delayed for six or seven years."

The E-1 plan would expand the large Jewish settlement of Maale Adumim, effectively connecting it to Jerusalem, about a 15-minute drive away.

Palestinians and much of the world view Israel's settlements in the West Bank, captured in the 1967 Middle East war, as illegal under international law. Israel disputes this, and the United States under President Donald Trump has shifted its policy to lift previous objections.

"This is dangerous policy and we consider this an act of destroying the peace process," Abu Rdainah said about Israeli settlement activities.

Citing a "historic opportunity" provided by a peace plan unveiled last month by Trump, Netanyahu has pledged to apply Israeli law to the settlements and the West Bank's Jordan Valley after the election, a step considered de facto annexation.

The U.S. proposal, unveiled by Trump with Netanyahu at his side and boycotted by the Palestinians, would recognise Israeli sovereignty over settlement areas. It envisages a Palestinian state, but with limited control over security and stripped of strategic land, which Palestinians say is non-viable.

Netanyahu, Israel's longest-serving leader, is struggling to keep hold of power in a third vote after failing to secure a majority in two inconclusive elections last year. He also faces criminal corruption charges.

His main opponent, centrist Benny Gantz, has been more circumspect about how far he would go in taking advantage of the shift in U.S. policy under Trump to further expand and formalise Israeli control of occupied territory.

Last week, Netanyahu announced he was reviving a separate project, also frozen after international opposition, to build 3,000 new settler homes at Givat Hamatos in the West Bank, on the outskirts of Jerusalem.

The E-1 project has symbolic resonance for supporters of the settler movement, with Netanyahu an early backer. In 2005, Netanyahu toured the area to kick off a bid for the leadership of the rightwing Likud party. He told reporters who accompanied him that if he became prime minister, he would defy international pressure and build on the site to create a "Greater Jerusalem", under Israeli control.