By Dan Williams JERUSALEM (Reuters) - Prime Minister Benjamin Netanyahu and his centrist rival Benny Gantz on Monday held their first formal talks since Israel's deadlocked election and a politician with the power to broker a deal said they could be nearer agreement on a unity government. 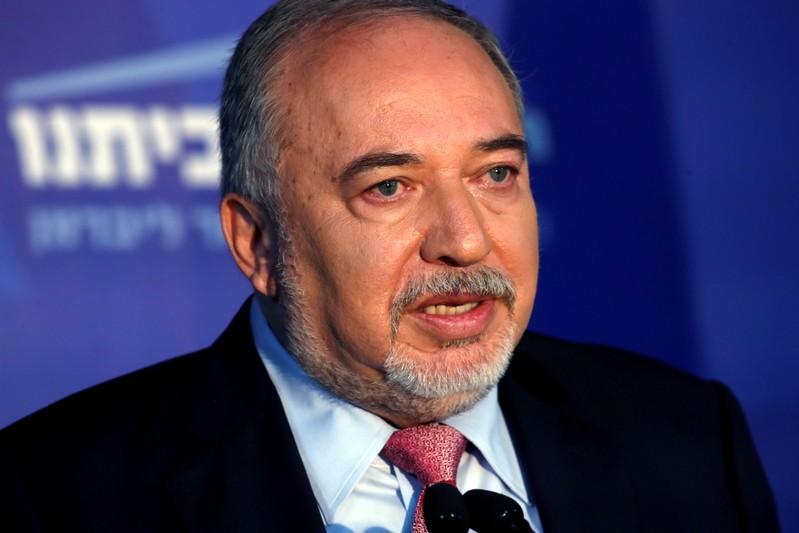 JERUSALEM (Reuters) - Prime Minister Benjamin Netanyahu and his centrist rival Benny Gantz on Monday held their first formal talks since Israel's deadlocked election and a politician with the power to broker a deal said they could be nearer agreement on a unity government.

After failing last Tuesday to secure a clear victory in the polls for a second time in six months, Netanyahu, Israel's longest-serving leader, now seems to be reckoning he can stay in power only by sharing it.

Going solo, neither he nor ex-general Gantz have enough support from respective allies for a 61-seat majority in the 120-member parliament.

Gantz, head of the Blue and White Party, has been publicly resistant to the idea of allying with Netanyahu's right-wing Likud, citing looming corruption charges against the incumbent.

President Reuven Rivlin, tasked with picking a candidate best placed to try to form the next governing coalition, has spoken in favour of unity and, on Monday, summoned Netanyahu and Gantz for closed-door talks.

Gantz met earlier with Avigdor Lieberman, a political free agent and likely kingmaker thanks to his eight parliament seats.

"Happily, the two big parties have internalised the pressing necessity of setting up a unity government with a rotating premiership," Lieberman said on Facebook.

"The entire argument right now is over the question of who will serve first prime minister, and who as second."

Neither Likud nor Blue and White immediately responded.

Such a rotation has a precedent in the 1984-88 unity government of left-leaning Shimon Peres and right-winger Yitzhak Shamir, who took turns as prime minister.

This time around, if a power-sharing deal is forged, it could be imperative for Netanyahu to serve as prime minister first should he seek to avoid prosecution.

Next month, Israel's attorney-general will hold a pre-trial hearing at which Netanyahu can argue against his announced intention to indict the Israeli leader on fraud and bribery charges in three corruption cases.

As prime minister, Netanyahu, who denies any wrongdoing in the long-running investigations, would be under no legal obligation to resign if formal charges are filed. But any other cabinet post he might hold would not offer him that protection.

On paper, Netanyahu now has a slim lead over Gantz in building a parliamentary bloc, with pledges of support from 55 members of a right-wing grouping to 54 for Gantz from left-leaning and Arab parties. Both are short of a 61-seat majority.

Netanyahu's slight edge might move Rivlin to ask him to try to build a narrow coalition if a unity government proves impossible. A nominee gets 28 days to do so, with a possible 14-day extension, before Rivlin can turn to someone else.

Gantz had appeared to have 57 backers but three of the Arab Joint List's 13 members on Monday withdrew support they had pledged to him a day earlier.

Lieberman, of the far-right Yisrael Beitenu party, wants an alliance with Likud and Blue and White. But he has refused to commit to either Netanyahu or Gantz, citing his own policy differences with Likud's Jewish ultra-Orthodox allies and Blue and White's Arab backers.

Netanyahu and Gantz appear close on many important issues, such as relations with the United States, the regional struggle against Iran and the Palestinian conflict.

But they seem divided on the composition of a unity government.

Gantz has called for a "liberal" administration, political shorthand for one that does not include Netanyahu's ultra-Orthodox partners. After the election, Netanyahu swiftly signed a new alliance with them.

Any unity deal would likely also force Gantz to address the issue of parliamentary immunity from prosecution that Netanyahu's supporters have pledged to seek for him.