By Joseph Nasr and Elizabeth Piper BERLIN/LONDON (Reuters) - Prime Minister Theresa May said Britain and the European Union were nearing a divorce deal but called on the bloc to show 'goodwill and determination' to avoid a disorderly Brexit and secure a close future partnership. 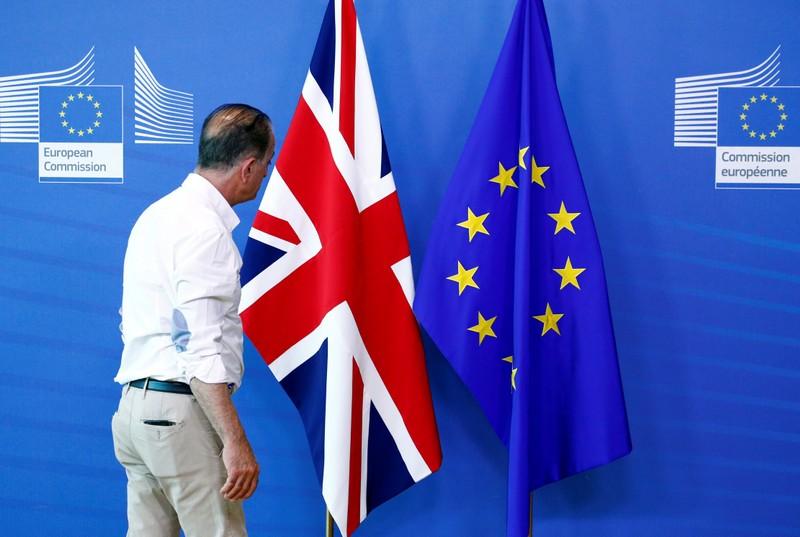 By Joseph Nasr and Elizabeth Piper

BERLIN/LONDON (Reuters) - Prime Minister Theresa May said Britain and the European Union were nearing a divorce deal but called on the bloc to show "goodwill and determination" to avoid a disorderly Brexit and secure a close future partnership.

Just before an informal EU summit in Austria, May showed no sign of backing away from her Brexit plan, shrugging off criticism at home and in Brussels over her proposals for future trade after Britain quits the bloc, the biggest foreign policy shift for the country in almost half a century.

The EU has called her Chequers plan, named after May's country residence where a deal was hashed out with ministers earlier this year, a good starting point but has baulked at her proposals for a future customs arrangement and Northern Ireland.

With just over six months before Britain leaves the EU, time is pressing and May is keen to secure some kind of deal before the end of the year and ease concerns over a disorderly exit, which could plunge the economy into a downturn.

A senior Downing Street source said she would repeat her message at a meeting of EU leaders in Salzburg on Wednesday and Thursday that Britain was proposing "a fair arrangement that will work for the EU's economy as well as the UK's".

And she pressed her message home in an article written in Germany's Die Welt daily newspaper for publication on Wednesday.

"We are near to achieving the orderly withdrawal that is an essential basis for building a close future partnership," May wrote. "To come to a successful conclusion, just as the UK has evolved its position, the EU will need to do the same.

"With goodwill and determination on both sides we can avoid a disorderly exit and find new ways of working together."

While both sides have been making positive noises about the Brexit talks, there has been no deal yet over one of the biggest obstacles - how to meet their aim of keeping an open border between the British province of Northern Ireland and EU member Ireland.

But EU officials are also minded not to paint May into a corner, aware that she faces increasing opposition to her plans in her Conservative Party and needs a victory of sorts to try to persuade a reluctant parliament to back a deal.

Earlier on Tuesday, EU negotiator Michel Barnier said the bloc was ready to improve its proposal for an "insurance policy" backstop arrangement on how to manage its Irish border.

May rejected a previous plan, saying it would effectively slice Northern Ireland away from mainland Britain.

"Neither side can demand the unacceptable of the other, such as an external customs border between different parts of the United Kingdom – which no other country would accept if they were in the same situation," she wrote.

Reiterating that Britain is committed to a "legally operative protocol on Northern Ireland", the source said May would again underline that such an agreement must respect her country's integrity, "which the Commission's proposal does not".

Suggesting that Britain was being more reasonable about its demands, May will again try to reassure the EU that she is not trying to undermine its founding principles by opening a backdoor to its lucrative single market.

"What we are proposing is a fair arrangement that will work for the EU’s economy as well as the UK’s, without undermining the single market," she wrote.

"This would be balanced by a strong security relationship to keep all our citizens safe from threats at home and abroad."