By Mike Blake SAN DIEGO (Reuters) - Jury selection began on Monday in the trial of a U.S. 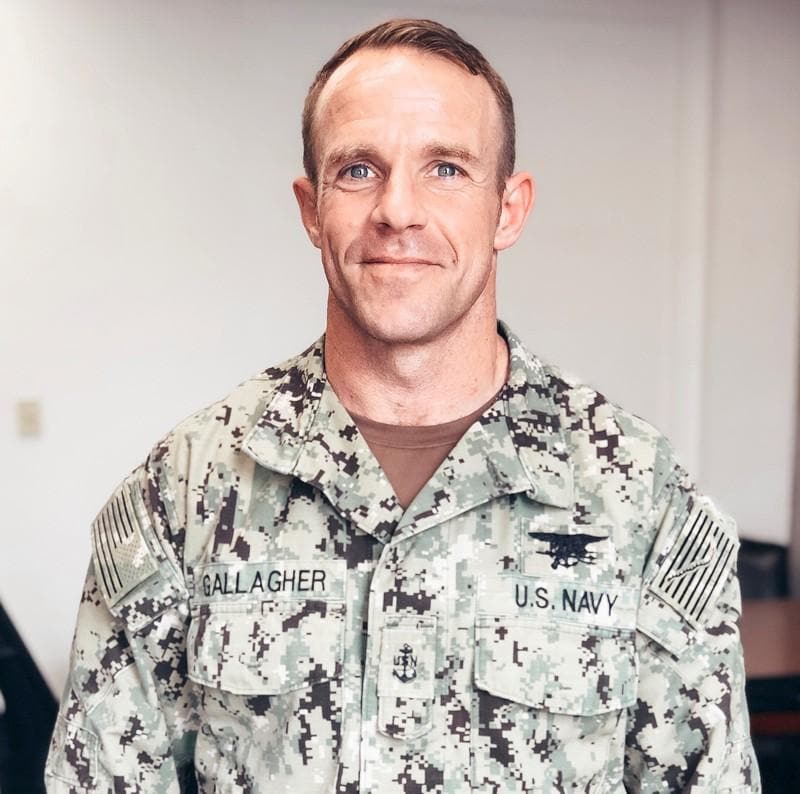 SAN DIEGO (Reuters) - Jury selection began on Monday in the trial of a U.S. Navy SEAL platoon leader court-martialed on charges of murdering a wounded Iraqi prisoner and shooting unarmed civilians, a war crimes case that has drawn the attention of U.S. President Donald Trump.

Special Operations Chief Edward Gallagher, a career combat veteran, walked into a military courtroom at the U.S. Naval Base in San Diego wearing a Navy white uniform adorned with medals. He has denied all the charges but could face life in prison if convicted in the trial arising from his 2017 deployment to Mosul, Iraq.

Gallagher, 39, is charged with murdering a wounded, helpless Islamic State fighter in his custody by stabbing him in the neck, and with attempted murder in the wounding of two civilians - a schoolgirl and an elderly man - shot from a sniper's perch in Iraq.

He maintains that fellow SEAL team members in his platoon, who turned him in and are testifying against him under grants of immunity, are disgruntled subordinates who fabricated allegations to force him from command.

Lawyers for the defense and prosecution will be selecting between 5 and 15 jurors from a pool, half of whom are officers and the other half enlisted men, Brian O’Rourke, Navy spokesman for U.S. Naval Base San Diego, told reporters on Monday.

Empanelling the jury is expected to take one or two days and the proceedings in a military courthouse at the San Diego base are due to last three weeks.

The prosecution's case rests crucially on the SEAL team members' testimony as there are no bodies or crime scenes from the Iraqi war zone. Names and other details about the alleged crimes were not disclosed.

The opening of the trial was postponed several times by a lengthy round of proceedings to deal with defense allegations of prosecutorial misconduct.

Gallagher's lawyers sought dismissal of the charges after learning that Navy prosecutors had electronically tracked email communications of defense lawyers without a warrant, ostensibly to pinpoint the source of material leaked from sealed case files.

The presiding judge, a Navy captain, ultimately removed the lead prosecutor from the case and freed Gallagher from pre-trial confinement.

The judge also granted defense lawyers a potentially valuable edge in jury selection - the right to reject, with no reason given, two more potential jurors than they otherwise could exclude through the use of a peremptory challenge.

Before he was released from custody late last month, Gallagher had been ordered restricted to base at the nearby Naval Medical Center San Diego.

Trump said last month that he is considering pardons for a number of military service members accused of war crimes, and Gallagher's case was believed to be one of those under review.

The prospect of presidential clemency seemed heightened by last month's appointment to Gallagher's defense team of Marc Mukasey, one of Trump's personal lawyers. Gallagher's lead civilian attorney, Timothy Parlatore, has said his client has not sought a pardon.