(Reuters) - Opponents of Myanmar's military coup called for more big protests on Wednesday to show that the army's claim of widespread public support for overthrowing elected leader Aung San Suu Kyi and holding new elections was false. They voiced scepticism at the junta's promise at a news conference on Tuesday that there would be a fair election and it would hand over power, even as police filed an additional charge against Suu Kyi. 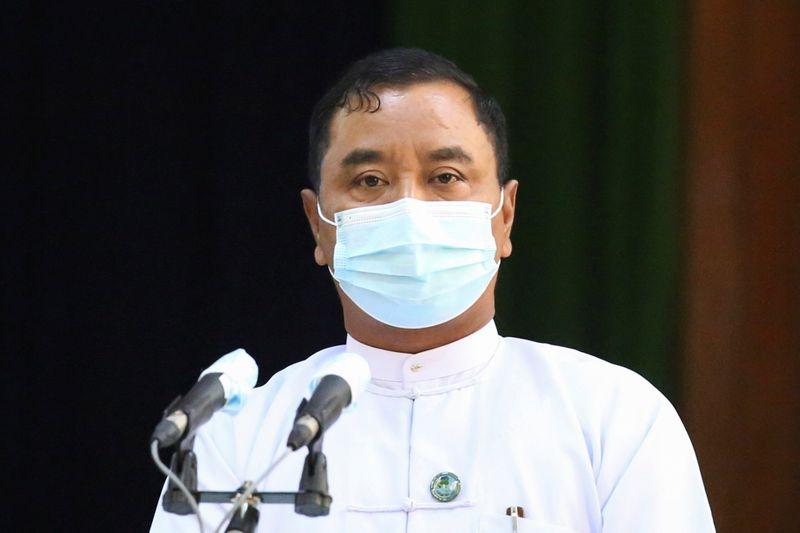 They voiced scepticism at the junta's promise at a news conference on Tuesday that there would be a fair election and it would hand over power, even as police filed an additional charge against Suu Kyi.

At a hearing by video conference on Tuesday, her next hearing was set for March 1.

"Let’s gather in millions to take down the dictators," wrote activist Khin Sandar on Facebook.

Kyi Toe, a senior member of Suu Kyi's National League for Democracy (NLD) party who has not yet been arrested, said "let's march en masse. Let's show our force against the coup government that has destroyed the future of youth, the future of our country."

The coup that cut short the Southeast Asian country's unsteady transition towards democracy has prompted daily demonstrations since Feb. 6, some drawing hundreds of thousands of people.

The army takeover has also drawn strong Western criticism, with renewed anger from Washington and London over the additional charge for Suu Kyi. Although China has taken a softer line, its ambassador in Myanmar on Tuesday dismissed accusations it supported the coup.

Hundreds of people have been rounded up by the army since the coup, many of them in night time raids. Those arrested include much of the NLD's senior leadership.

Myanmar's Assistance Association for Political Prisoners said more than 450 arrests had been made since the coup on Tuesday. A third night of internet blackout meant no news emerge of any arrests early on Wednesday.

The army seized power alleging fraud in a Nov. 8 election - an accusation rejected by the electoral commission. The military said its declaration of a state of emergency was in line with the constitution that paved the way for democratic reforms.

"Our objective is to hold an election and hand power to the winning party," Brigadier General Zaw Min Tun, spokesman for the ruling council, told the junta's first news conference since overthrowing Suu Kyi's government. He gave no time frame, but said the army would not be in power for long.

The last stretch of army rule lasted nearly half a century before democratic reforms in 2011.

BACK UNDER HOUSE ARREST

Ruling council spokesman Zaw Min Tun dismissed the suggestion she and ousted President Win Myint were in detention, saying they were in their homes for their security while the law took its course. The president also faces charges under the natural disaster law.

As well as the demonstrations in towns across the ethnically diverse country, a civil disobedience movement has brought strikes that are crippling many functions of government.

The unrest has revived memories of bloody suppression of protests under previous juntas.

Police have opened fire several times, mostly with rubber bullets, to disperse protesters. A protester who was shot in the head in Naypyitaw last week is not expected to survive.

Six people were wounded in the central town of Maungmya on Tuesday when police fired rubber bullets to break up a protest over an arrested teacher, a witness said. An army statement said protesters had thrown stones at police, injuring some officers.

Zaw Min Tun said a policeman had died of injuries sustained during a protest in Mandalay on Monday.

He said the protesters were starting violence while the campaign of civil disobedience amounted to the illegal intimidation of civil servants.