By Isabel Lohman and Daphne Psaledakis BRUSSELS (Reuters) - The city of Brussels named a square on Thursday after Jo Cox, the British lawmaker murdered during the Brexit referendum campaign, in a ceremony where her family lamented the continued ferocity of political debate. 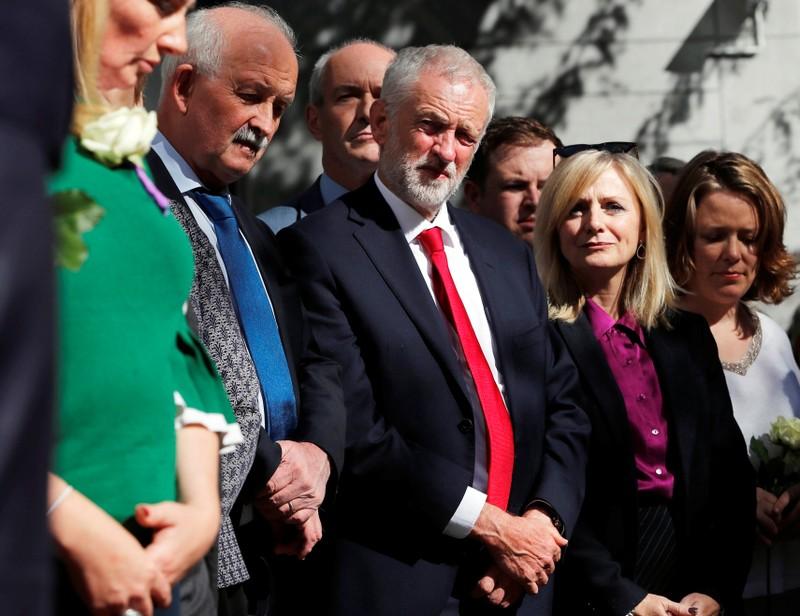 By Isabel Lohman and Daphne Psaledakis

BRUSSELS (Reuters) - The city of Brussels named a square on Thursday after Jo Cox, the British lawmaker murdered during the Brexit referendum campaign, in a ceremony where her family lamented the continued ferocity of political debate.

"After Jo was killed, it felt like there was a real hope that some things would change," her sister Kim Leadbeater told a gathering at the newly named "place Jo Cox" in the city centre that was attended by Labour Party leader Jeremy Corbyn.

"However," Leadbeater went on, "Over two years later, and despite many people working extremely hard to ensure that Jo's murder was not in vain, I'm sadly not at all sure that this is the case."

A former campaigner for foreign aid once based in the EU capital, Cox was 41 and a prominent Labour voice for keeping Britain in the European Union when she was attacked in her constituency by a man who shouted "Keep Britain independent".

Her killing a week before the vote in June 2016 led to a suspension of campaigning and a national debate on the anger the referendum had sparked on both sides -- a polarisation that persists as Conservative Prime Minister Theresa May struggles to agree a deal with the EU to smooth Britain's exit next March.

Corbyn, who has long been ambivalent about EU membership, told Labour's annual conference on Wednesday that the party would vote against May's current proposals. After the ceremony, he met EU Brexit negotiator Michel Barnier.

The modest square named in her honour is in a downtown area Cox knew well; the gesture by the city council is part of a drive to ensure more streets are named after women.