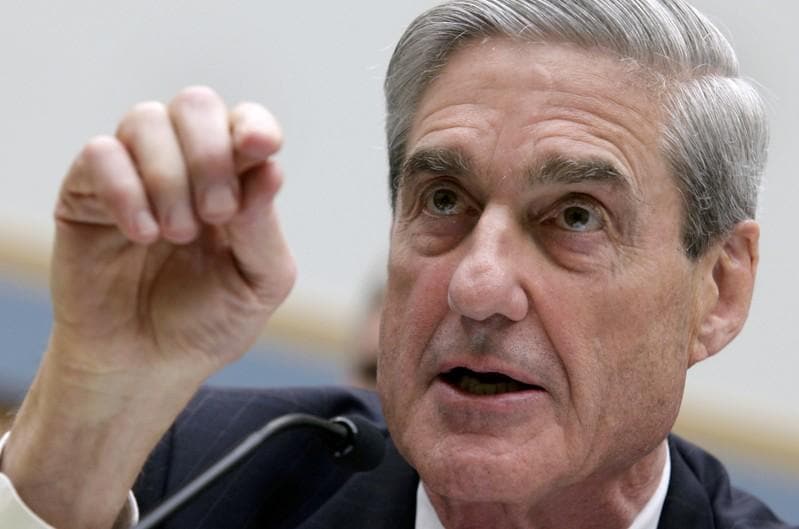 WASHINGTON (Reuters) - U.S. Special Counsel Robert Mueller's office on Thursday gave a federal court a classified memo describing the extent of his investigation into Russian interference in the 2016 election and other related crimes.

The memo was filed in response to questions raised in the court in Virginia two weeks ago by Judge T.S. Ellis that Mueller should not have "unfettered powers."

Ellis will review the memo before deciding whether or not to dismiss charges against President Donald Trump's former election campaign manager, Paul Manafort.

Manafort has argued that Rosenstein granted Mueller too much scope when he was appointed exactly a year ago, and that Mueller is exceeding that authority.

Trump's allies have also accused Mueller of exceeding the boundaries laid out by Rosenstein, and questioned whether he is authorized to pursue possible financial crimes committed by Manafort and others.

Mueller has indicted Manafort in federal courts in Virginia and Washington D.C. with an array of allegations of money-laundering and failing to register as a foreign agent, to bank and tax fraud. Manafort has pleaded not guilty.

The judge overseeing the Washington case earlier this week refused Manafort's request that he dismiss the charges there.

When Mueller was appointed special counsel on May 17, 2017, Rosenstein said the probe would include "any matters that arose or may arise directly from the investigation" into possible collusion between Trump's campaign and Russia during the 2016 election.

Russia denies interfering in the 2016 election, and Trump has said there was no collusion with Russia.

In August, Rosenstein authorized Mueller to investigate allegations that Manafort may have "committed a crime or crimes arising out of payments he received from the Ukrainian government" before and while pro-Russian president Viktor Yanukovych was in office.

Some of Mueller's actions remain under seal. He also has indicted more than 15 others, including 13 Russians and three Russian companies.