By Ginger Gibson, Amanda Becker and Grant Smith WASHINGTON (Reuters) - As U.S. Democrats emphasise building their 2020 presidential campaigns on grassroots support, fewer than half amassed at least 50 percent of their early financial backing from small-dollar donations, a Reuters analysis found. Candidates seeking the White House filed their first-quarter fundraising totals on Monday, revealing that many are still dependent on checks exceeding $200 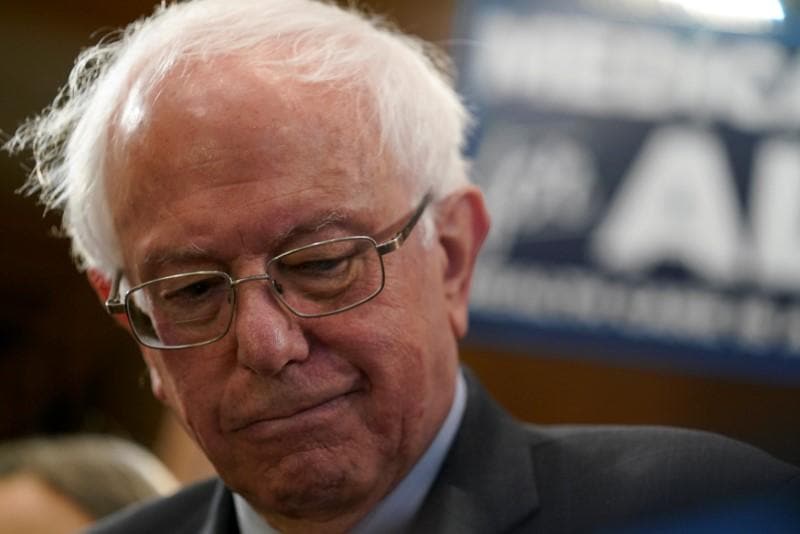 WASHINGTON (Reuters) - As U.S. Democrats emphasise building their 2020 presidential campaigns on grassroots support, fewer than half amassed at least 50 percent of their early financial backing from small-dollar donations, a Reuters analysis found.

Candidates seeking the White House filed their first-quarter fundraising totals on Monday, revealing that many are still dependent on checks exceeding $200. Of the 15 Democrats who launched campaigns before April 1, only six amassed at least half their hauls from small-dollar donations.

Early fundraising prowess can signal the strength of a candidate's campaign. Raising small checks from more donors can act as a test of popular support. Building a broad donor base that stretches beyond a candidate's home state can be evidence of gaining traction.

The analysis includes fundraising reports covering the first three months of 2019 by the candidates who launched their campaigns prior to April 1. The field of candidates has since swelled, with 18 Democrats vying to win the party's nomination to challenge President Donald Trump in November 2020. (Candidate graphic: https://tmsnrt.rs/2Ff62ZC)

Sanders, of Vermont, benefited the most from small-dollar donors in the first quarter, with about 84 percent of his $18 million haul coming from individuals who contributed less than $200.

Warren - the only candidate to also swear off attending big ticket fundraisers - reported that about 70 percent of the $6 million she raised in the first quarter was from small-dollar donors. Massachusetts donors accounted for 25 percent of contributions over $200.

Small-dollar donations can help catapult a candidate into the spotlight. Buttigieg until recently did not have a national profile, but raised $7 million during the first quarter of 2019 - of which 64 percent came from small donations.

In a move to show they are serious about eliminating big money from politics, most Democratic presidential candidates have sworn off donations from corporate political fundraising committees. Some have nixed taking checks from registered lobbyists.

The Democratic National Committee announced earlier this year that small-dollar, grassroots support will be one of the metrics it uses to determine who qualifies to participate in a series of nationally televised primary debates that will begin in June.

Senator Kamala Harris had the second-largest Democratic fundraising haul, with 37 percent of her $12 million coming from small-dollar donors.

On the other end of the spectrum, John Hickenlooper, the former governor of Colorado, raised only 10 percent of his donations in $200 or smaller contributions. There was also little geographic variation among his contributors, with more than 60 percent of donations over $200 coming from his home state.

U.S. Senators Cory Booker, of New Jersey, and Kirsten Gillibrand, of New York, each raised about 16 percent of their cash from small-dollar donors.

Sanders, Warren and Buttigieg have sworn off corporate PAC money, but all raised heavily from people working in the technology industry. When looking by employer at their donors who contributed more than $200, all three raised more from Alphabet Inc Google employees than any other company. Sanders and Buttigieg raised more from people who were software developers or engineers than any other occupation.

Warren, who has called for breaking up big tech companies, also raised from employees working at Yelp.