By Sharon Bernstein Sacramento, Calif. (Reuters) - California's two most densely inhabited regions and its agricultural breadbasket will be under stay-at-home orders by Sunday night as the COVID-19 pandemic strains hospitals in the most populous U.S. 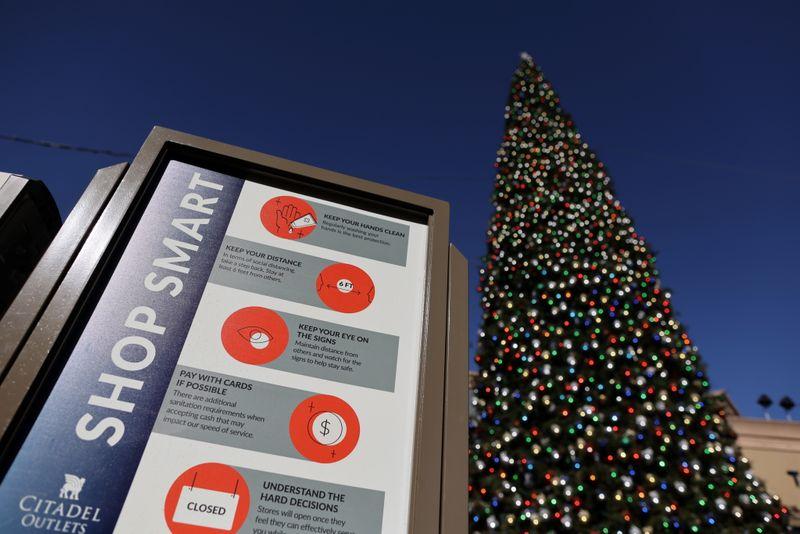 Sacramento, Calif. (Reuters) - California's two most densely inhabited regions and its agricultural breadbasket will be under stay-at-home orders by Sunday night as the COVID-19 pandemic strains hospitals in the most populous U.S. state, officials said.

Designed to kick in when intensive care units in any of five regions have little remaining capacity, the order affecting Southern California and the San Joaquin Valley will close bars, hair salons and barbershops, and allows restaurants to remain open only for takeout and delivery service.

The shutdowns, which go into effect at 11:59 pm Sunday, are triggered by an order announced Wednesday by Governor Gavin Newsom, a Democrat.

The San Francisco Bay Area will also go into lockdown on Sunday night, under a different set of orders announced Friday by officials there.

"We know that people are tired of the stringent measures, but they are the only weapons we have to combat the virus," said Dr. Maggie Park, public health officer in San Joaquin County, in the state's hard-hit farming region.

More than 25,000 new cases of COVID-19 were diagnosed in California on Friday, officials said on Saturday, a record since the pandemic began. The state also recorded 209 deaths, bringing the total to 19,791, officials said.

More than 100,900 people were hospitalized with the disease in the United States as of Friday. That number grew by about 22% over the past 14 days, the Reuters tally showed, but the growth rate has slowed from an increase of 47% over the previous 14 days.

California's statewide orders, which kick in whenever a region has less than 15% capacity available in its intensive care units, allow critical infrastructure to stay open, including schools that have obtained waivers allowing them to hold in-person classes. Dental offices will also remain open.

The orders have been criticized by some Republican politicians who say closing small businesses and ordering people to stay mostly at home will do more harm than good.

Critics also decry decisions by several Democratic politicians, including Newsom and San Francisco Mayor London Breed, to dine in an expensive Napa Valley restaurant that was legally open but at a time when the virus was surging and officials were urging people not to socialize over the Thanksgiving holiday.

"Government lockdowns do not reduce cases or stop spikes," Republican State Assemblyman James Gallagher, who represents a district north of Sacramento that is not yet affected by the shutdown, said in a press release after Newsom announced the regional plans.

The U.S. death toll currently stands at almost 279,000. The University of Washington's Institute for Health Metrics and Evaluation now projects nearly 539,000 COVID-19 deaths by April 1, even as vaccines start to become available.

Joe Biden, a Democrat who defeated Donald Trump in the November election, has said that upon taking office on Jan. 20 he will enact mask mandates where he has authority, such as federal buildings and for interstate travel.