By Richard Cowan WASHINGTON (Reuters) - Pressure for President Donald Trump to start the transition process to President-elect Joe Biden built among Republicans in the U.S. Congress on Friday, as several voiced doubts over Trump's claims of fraudulent voting 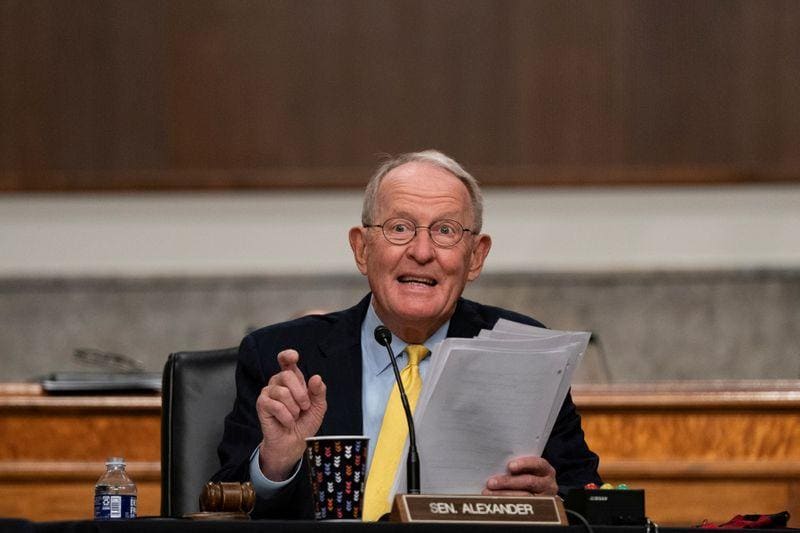 WASHINGTON (Reuters) - Pressure for President Donald Trump to start the transition process to President-elect Joe Biden built among Republicans in the U.S. Congress on Friday, as several voiced doubts over Trump's claims of fraudulent voting.

Senator Lamar Alexander, who is retiring at the end of the year, said Biden had a "very good chance" of becoming the next president, and urged the Trump administration to begin the transition process. The loser of this election should "put the country first, congratulate the winner and help him to a good beginning of the new term," the Tennessee senator wrote in a statement.

Michigan Representative Fred Upton told reporters Friday, "I've not seen any evidence of fraud that would overturn 150,000 and some votes" that Biden leads Trump by in his home state. "No one has shown any evidence" of fraud in Michigan, Upton said.

Alaska's conservative Senator Dan Sullivan told reporters Trump has "a high bar" to prove his claims the election has been stolen by Democrats. "And they've got to prove it in court," Sullivan said.

Mitt Romney, the Utah Senator who has been a Trump critic, wrote on Twitter late Thursday that Trump had failed to make a "plausible case" of widespread election fraud, and was now trying to pressure state and local officials to overturn the election. "It is difficult to imagine a worse, more undemocratic action," he wrote.

Until now, Republicans in Congress have mostly said Trump should have latitude in pursuing legal claims of wrongdoing in the election.

Now, there is a cascading effect underway in the party, according to one Republican strategist who has advised campaigns for several years.

First "never Trumpers" called on Trump to begin turning over power to Biden almost immediately after the Nov. 3 election, the strategist said on Friday, followed by "marginal never Trumpers" a week later.

They are now being joined by Republicans who supported him reluctantly over the past four years, he said. "In reality, Republicans all over are turning the page" on Trump's presidency, he said.

Republican Representative Jim Banks, the incoming chairman of a large group of conservative House Republicans, indirectly acknowledged Biden is likely to prevail, telling reporters that he expects the Democratic president-elect "to be a lame duck from Day One" in office.

Still, the vast majority of Republicans in Congress have yet to acknowledge Biden's win publicly.

Official certifications of election results in the 50 states have started rolling in, and are expected to show that Biden won some 6 million votes more than Trump, and 306 votes in the Electoral College that determines the winner, compared to Trump's 232.

Trump insisted again on Friday that he won the election. But so far, the president's court challenges alleging fraud have either been dismissed or have failed to present evidence that would significantly cut into Biden's lead.

A Thursday press conference in which Trump lawyer Rudolph Giuliani posed a series of election conspiracies that he said were waged against Trump, without providing any evidence, may have been a turning point for some former allies, two Republican sources said. They noted a lack of logic in Giuliani's presentation that they said undercut the president's argument.