By Stephanie Nebehay and Kate Kelland GENEVA/LONDON (Reuters) - Some 156 nations have joined a global scheme for fair distribution of future vaccines against COVID-19, an alliance led by the World Health Organization (WHO) said on Monday, but superpowers China and the United States did not sign up. U.S. 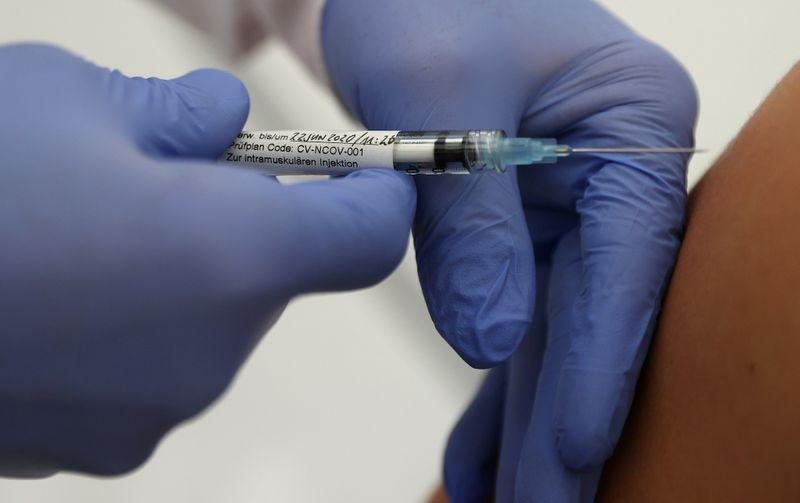 By Stephanie Nebehay and Kate Kelland

GENEVA/LONDON (Reuters) - Some 156 nations have joined a global scheme for fair distribution of future vaccines against COVID-19, an alliance led by the World Health Organization (WHO) said on Monday, but superpowers China and the United States did not sign up.

China, where the coronavirus began, was also missing on the list of 64 rich nations who joined the so-called COVAX plan to deliver 2 billion vaccine doses round the world by the end of 2021, prioritising healthcare workers and the vulnerable.

The scheme would account for about two-thirds of the world population, according to the WHO and GAVI vaccine alliance, which published the list of signatories after a deadline for binding commitments expired on Friday.

Dozens of vaccines are in testing for the coronavirus which has infected about 31 million people globally and killed nearly 1 million, a fifth of those in the United States.

'THIS IS NOT CHARITY'

"COVAX will give the world the largest and most diverse portfolio of vaccine candidates," WHO Director-General Tedros Adhanom Ghebreyesus said at a virtual briefing.

"This is not charity, it's in every country's best interest. We sink or we swim together ... This is not just the right thing to do, it's the smart thing to do."

With some wealthier nations reticent over COVAX, the plan has highlighted the challenge of distributing vaccines equitably around a world of haves and have-nots.

The vaccine alliance said it expected another 38 wealthy countries to join the initiative in coming days.

It said it had received commitments for $1.4 billion towards vaccine research and development, but a further $700 million-$800 million was urgently needed.

The alliance did not say which countries were providing funding while not planning to take supply of vaccines from the scheme. France and Germany have said they will only source potential shots via the European joint procurement scheme.

More than 150 potential vaccines are being developed and tested globally, with 38 in human trials.