By Alex Dobuzinskis (Reuters) - White police officers in the United States are no more likely to shoot dead minorities than black or Hispanic officers, undercutting the idea that increasing racial diversity in police departments would reduce those shootings, a study released on Monday said. The report from researchers at Michigan State University and the University of Maryland at College Park was published on Monday in the Proceedings of the National Academy of Sciences 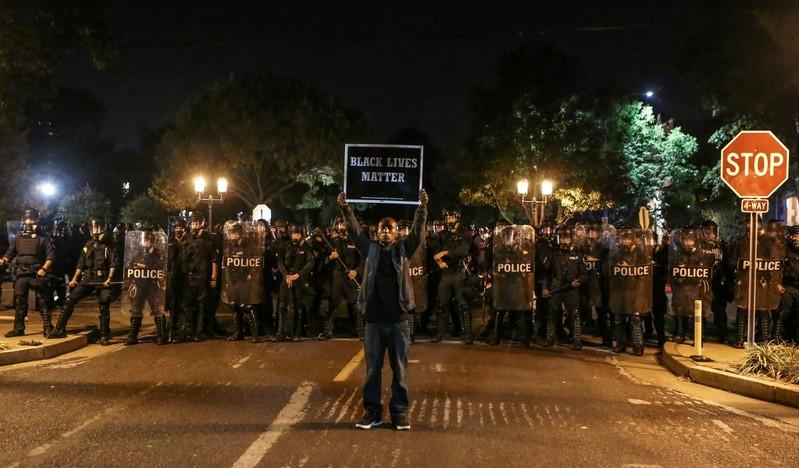 (Reuters) - White police officers in the United States are no more likely to shoot dead minorities than black or Hispanic officers, undercutting the idea that increasing racial diversity in police departments would reduce those shootings, a study released on Monday said.

The report from researchers at Michigan State University and the University of Maryland at College Park was published on Monday in the Proceedings of the National Academy of Sciences.

It follows a number of police shootings of unarmed black men over the last few years that have triggered protests and stirred concerns about police use of force against minorities.

"But they aren't representative of what most police shootings are like," Cesario said.

Cesario's team relied on databases of 2015 police shootings from the Washington Post and the Guardian newspapers and gathered information on the officers involved in those shootings, including their race. The dataset the researchers used had more than 900 fatal officer-involved shootings.

In the vast majority of cases, the person killed was armed and posed a threat or had opened fire on officers, Cesario said.

"We find no evidence of anti-Black or anti-Hispanic disparities across shootings, and White officers are not more likely to shoot minority civilians than non-White officers," the authors wrote.

Instead, the authors found variances between local crime rates played a key role in predicting who was most likely to be killed by police.

In areas with high rates of violent crime by blacks, police were more than three times more likely to shoot dead a black person than a white person, the study found.

But the reverse was also true, with white people more likely to be shot by police in places where whites committed many crimes, the study found.

Melina Abdullah, a professor of Pan-African Studies at California State University, Los Angeles, and a co-founder of the local chapter of the Black Lives Matter movement, said she agreed that increasing diversity in police departments would not necessarily lead to less shootings.

"It's still true what we've been saying, which is we're less concerned about the racial make-up of police forces than we are kind of the institutional racism carried out by police, regardless of race," Abdullah said.