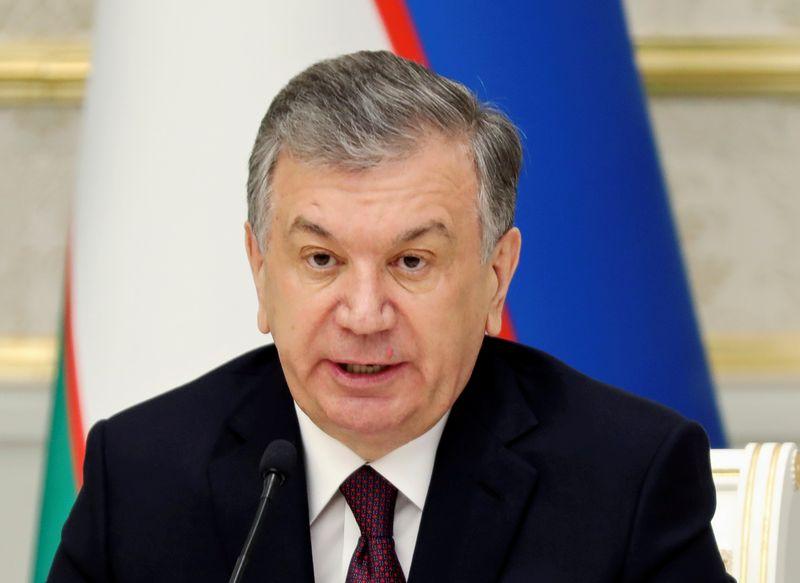 ALMATY (Reuters) - All five parties running in a parliamentary election in Uzbekistan on Sunday have backed reformist President Shavkat Mirziyoyev, meaning that although the vote will be the freest in decades, it is likely to produce a legislature loyal to him.

The election is the first in the nation of 33 million since Mirziyoyev took power in late 2016 following the death of strongman Islam Karimov, who had run the former Soviet republic as a police state for 27 years.

Voting closed at 1500 GMT with a turnout of 71.1%, Central Election Commission Chairman Mirza-Ulugbek Abdusalomov said, calling the vote "a huge achievement" for the nation. Preliminary results are expected on Monday afternoon.

Mirziyoyev, a former prime minister, has pledged to open up the resource-rich nation after decades of near-isolation, liberalising both the economic and political systems.

The vote is being held under a modernised legal framework and follows campaigning that for the first time in Uzbekistan's history included televised debates between the competing parties.

However, a monitoring mission of the Organisation for Security and Cooperation in Europe said in a report this month there was still work to be done. Legal amendments addressing the OSCE's longstanding recommendations regarding fundamental freedoms of assembly, association and expression "have been few", it said.

All five have expressed the same emphatic support for Mirziyoyev's reforms as they did for Karimov's conservative approach, and no one disagreed with the president's policies during the debates. Even the Ecological Party, for example, supports plans to build a nuclear power plant.

Despite the relative lack of bold policies, increased democratic options for voters are expected to help new entrants like the Ecological Party, which had not taken part in previous elections but held some non-elected seats in parliament.

"The Ecological Party are new and have certain clear objectives while other parties are just too much 'Hurrah-hurrah!' with vague concepts, like in the old times," Akrom Mirkhalikov, an engineer, said at a polling station in the capital, Tashkent.

Live television appearances have exposed party leaders to public criticism. One of them was scorned after saying during a discussion on minimum wages that 2.5 million sums ($263) a month was sufficient for a family of five to live on, which viewers regarded a sign of being out of touch with reality.

Another party leader said people trying to cut costs when travelling to work abroad - which millions of Uzbeks do - have no self-respect. That phrase was seen by many as an insensitive reference to an incident in which 52 Uzbeks died when their bus caught fire in Kazakhstan last year.

Lola Abdurahmonova, a 65-year-old retired teacher, said the choice between parties was difficult, but decided to vote for Adolat based on the debates.

"I liked the issues they raised and what they want to do," she said.