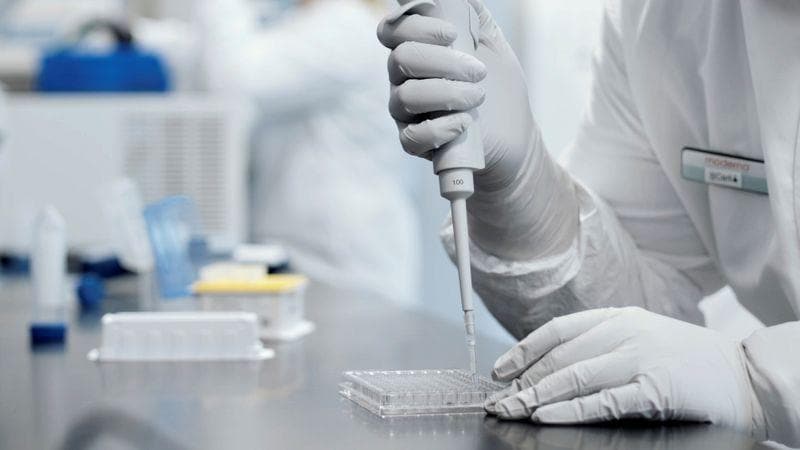 Amid record coronavirus infections and deaths, Moderna has already moved vaccine supplies from its manufacturing plants to warehouses operated by distributor McKesson Corp.

Workers on Saturday were packing vaccines into containers and loading them on trucks, U.S. Army General Gustave Perna said during a news conference. Trucks will set out on Sunday and shipments will start reaching healthcare providers as soon as Monday, he said.

Doses of vaccine must travel with security guards, including U.S. Marshals, and will be stored in locked refrigerators. U.S. plans call for at-risk groups such as elderly people in nursing homes and medical workers to receive injections first.

The Food and Drug Administration on Friday approved an emergency use authorization for Moderna's vaccine, the second COVID-19 vaccine to receive approval. The jab developed by Pfizer and its German partner BioNTech SE was approved Dec. 11.

Pharmaceutical services provider Catalent Inc's facility in Bloomington, Indiana, is filling and packaging vials with Moderna vaccine and handing them to McKesson. The company is shipping them from its facilities including those in Louisville, Kentucky and Memphis, Tennessee, which are close to air hubs for United Parcel Service Inc and FedEx Corp.

Pfizer organized its own distribution system. The U.S. government's vaccine program, dubbed Operation Warp Speed, is in charge of logistics for Moderna's distribution under Perna.

Perna apologized to U.S. governors for confusion on the vaccine's availability after the U.S. government reduced the number of doses states would receive in the upcoming week.

States including Oregon and Washington, which are ramping up to get frontline healthcare workers vaccinated as quickly as possible, said their allocation had dropped by as much as 40%.

He said there are no problems with Pfizer's or Moderna's manufacturing processes. A spokeswoman for the U.S. Department of Health and Human Services said 7.9 million doses of Pfizer and Moderna vaccines would be delivered nationally this week.

"Please accept my personal apology if this was disruptive in your decision making, and in your conversations with the people of your great state," said Perna, appealing to state governors.

The Moderna delivery system will have some of the same players as Pfizer's but will differ in key ways.

Transportation companies UPS and FedEx are giving priority to vaccines on planes and trucks that are moving holiday gifts and other cargo. Their drivers will handle the bulk of the last-mile Moderna vaccine deliveries. They are going directly to vaccination sites, unlike Pfizer's which was sent to large hubs and redistributed.

"We added a lot of aircraft, a lot of temporary workers. (Vaccines) are a very small fraction of total volumes," said Wes Wheeler, a UPS executive in charge of vaccine shipments. Moderna's vaccine is available in quantities as small as 100 doses and can be stored for 30 days in standard-temperature refrigerators, while the inoculations from Pfizer come in boxes of 975 doses, must be shipped and stored at -70 Celsius (-94 F), and can be held for only five days at standard refrigerator temperatures. Initial doses were given to health professionals. Programs by pharmacies Walgreens and CVS to distribute the Pfizer vaccine to long-term care facilities are expected to start on Monday. A Centers for Disease Control and Prevention advisory panel on Sunday will consider which groups should get vaccinated next.

Perna said the United States is on track to have enough doses of Pfizer and Moderna vaccines by the end of the year to inoculate 20 million people, as the government projected, but deliveries of those doses may continue into first week of January. Healthcare experts forecast it will take well into 2021 for a significant portion of Americans to be inoculated.

Both vaccines were about 95% effective at preventing illness in clinical trials that found no serious safety issues.

Separately, U.S. officials said Pfizer is preparing to distribute 2 million additional doses of its vaccine to locations around the country next week, with preparations for shipping beginning over the weekend.