By Gabriella Borter (Reuters) - Missouri Governor Mike Parson on Wednesday renewed his intention to close Missouri's sole abortion clinic for failing to meet state licensing standards, a move that would make it the only U.S. state with no legal abortion provider. Planned Parenthood, the national women's health provider that operates the clinic, sued the Missouri department of health on Tuesday after the department told the clinic it could not approve a license until it interviewed seven doctors that worked there. 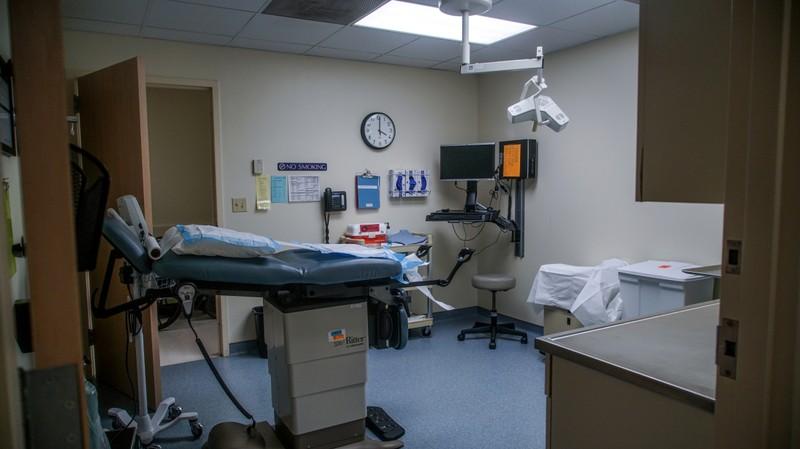 (Reuters) - Missouri Governor Mike Parson on Wednesday renewed his intention to close Missouri's sole abortion clinic for failing to meet state licensing standards, a move that would make it the only U.S. state with no legal abortion provider.

Planned Parenthood, the national women's health provider that operates the clinic, sued the Missouri department of health on Tuesday after the department told the clinic it could not approve a license until it interviewed seven doctors that worked there.

The clinic's license is due to expire on Friday.

The Republican governor said "Planned Parenthood’s apparent disregard for the law" over its record-keeping was cause for "serious concerns that need to be addressed prior to any license renewal.

"If you don’t provide a standard of care that ensures the safety of women, you shouldn’t be allowed to operate. It’s that simple."

Last week, Parson signed into law a measure banning abortion in Missouri after the eighth week of a woman's pregnancy, making the state one of at least eight this year to pass new restrictions. Anti-abortion activists say the measures are aimed at provoking a U.S. Supreme Court review of a woman's right to terminate her pregnancy.

Planned Parenthood said in a statement that Parson's remarks on Wednesday were "not based on medicine, facts or reality," and it will do "everything to ensure our patients get the best medical care available.

"He has made it clear that his goal is to ban abortion care in the state of Missouri, and (Wednesday's) comments confirmed that this is exactly what this is all about," said the statement, issued from Planned Parenthood in Washington, D.C.

Parson said the clinic had "ample time" to meet the state health department's license renewal requirements, but had failed to do so when it applied for license renewal on May 16.

If the clinic meets the state's standards before its license expiration, it can continue providing abortions, Parson said.

Planned Parenthood's lawsuit, which asks a judge to stop the state from revoking its license, said clinic officials are at an impasse with public health officials over interviews with doctors who are not employees of Planned Parenthood and have not agreed to be interviewed.

Anti-abortion activists say this year's wave of legislation is intended to prompt the newly installed 5-4 conservative majority on the Supreme Court to overturn the 1973 Roe v. Wade decision on abortion rights.

On Wednesday, Louisiana's House of Representatives was due to vote on a bill banning abortions after the foetus has a detectable heartbeat, around eight weeks into pregnancy. The bill stands out from other such bills passed this year in Georgia, Ohio and Mississippi in that it was sponsored by a Democrat and the state's Democratic governor, John Bel Edwards, has indicated he would sign it.

Several U.S. states in recent years have passed new licensing standards for abortion providers on matters ranging from the width of hallways to whether their doctors have admitting privileges at nearby hospitals.

Backers of the measures have described them as necessary protections to women's ,while some abortion-rights campaigners say they are aimed at shutting clinics. Dozens have stopped performing abortions as a result, according to the American Civil Liberties Union.