MEXICO CITY (Reuters) - Mexico's coronavirus death toll passed the 53,000 mark on Monday as the health ministry reported 705 additional fatalities and 5,558 new cases of infection, pushing the country closer to the government's most negative scenarios. Mexico, which has the third-highest death toll worldwide from the virus after the United States and Brazil, has now reported 485,836 cases and 53,003 deaths, with fatalities rising nearly 5,000 over the past week. 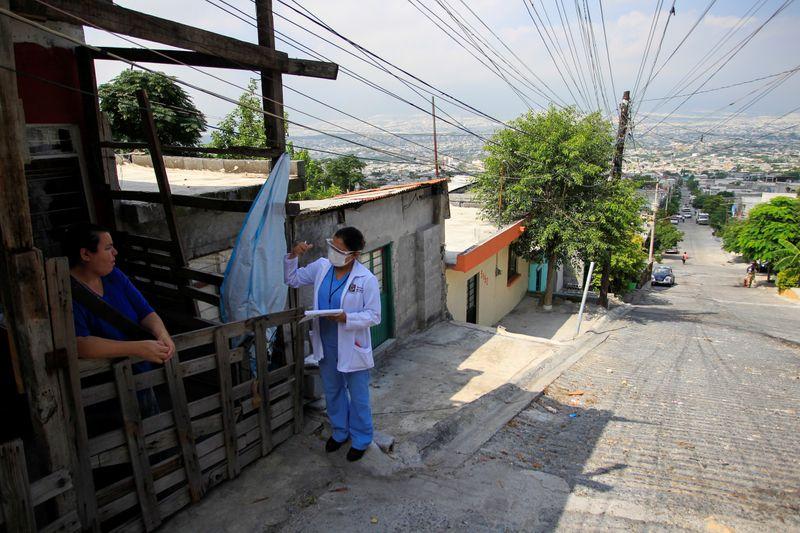 Mexico, which has the third-highest death toll worldwide from the virus after the United States and Brazil, has now reported 485,836 cases and 53,003 deaths, with fatalities rising nearly 5,000 over the past week.

On June 4, Mexico's coronavirus czar, Deputy Health Minister Hugo Lopez-Gatell, said for the toll to reach 60,000 would be a "very catastrophic scenario." At the time, Mexico had registered just over 12,500 deaths from the pandemic.

The government has been struggling to balance the need to curb the pandemic with re-opening Mexico's battered economy, which contracted more than 17% in the second quarter.

Earlier on Monday, Mexico City Mayor Claudia Sheinbaum said she would go into temporary quarantine after the capital's interior minister tested positive for the virus.

"I'll stay at home for the next few days until I can do the test again," she wrote on her Twitter account. "I'm in perfect condition and attending everything remotely."

Mexico's government has said the real number of infected people is likely significantly higher than the confirmed cases.