By Drazen Jorgic MEXICO CITY (Reuters) - The government of President Andres Manuel Lopez Obrador is failing to tackle violence that has pushed homicide rates to record highs and turned the country into a 'butcher's shop,' Human Rights Watch said on Wednesday. Mexico has been racked by violence for years as successive governments battled brutal drug cartels, often by taking out their leaders. 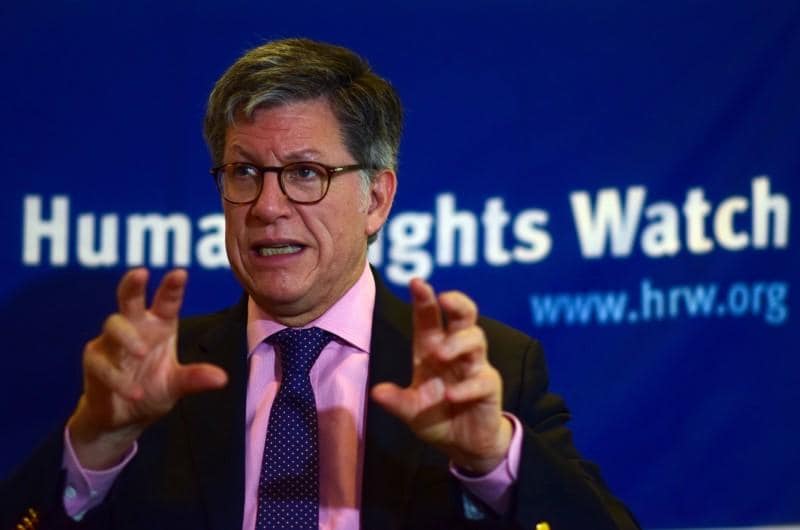 MEXICO CITY (Reuters) - The government of President Andres Manuel Lopez Obrador is failing to tackle violence that has pushed homicide rates to record highs and turned the country into a "butcher's shop," Human Rights Watch said on Wednesday.

Mexico has been racked by violence for years as successive governments battled brutal drug cartels, often by taking out their leaders. That has resulted in fragmentation of gangs and increasingly vicious internecine fighting.

Lopez Obrador won office in 2018 vowing to adopt a more conciliatory security strategy focused on the root causes of crime, in particular by reducing poverty and corruption.

But the violence has ground on during Lopez Obrador's first 13 months in charge, with 2019 set to be the bloodiest on record, surpassing the 29,100 murders in 2018.

His government has also revised upwards the total number of disappeared people to 61,637 from about 40,000. Most victims were disappeared after the so-called "war on drugs" began in late 2006, with more than 5,000 going missing last year.

Discussing the Mexico section of his group's annual report on human rights, Vivanco said the "butcher's shop" violence, including incidents where victims were dissolved by criminal gangs, continues apace with no signs of progress.

"How can it be that the highest authorities in the country don't give importance to this issue," he said, questioning government policy and desire to investigate incidents where police may have "colluded" with cartels.

"What's the current government's priority? It's lacking action on certain crimes, completely disregarding the reality in Mexico," he added.

The government did not immediately respond to a request for comment on Vivanco's remarks.

Earlier in the day, Lopez Obrador defended his record on crime, saying he had inherited vast problems. He doubled down on his promise to curb crime by addressing its origins.

"If people have work, if young people are taken care of, if wages rise, if we don't have problems of family break-ups, if cultural, moral, spiritual values ​​are strengthened, we will calm down the country," Lopez Obrador said.

It was not fair to expect all of Mexico's problems to be solved in a year, but even so, many institutions were not fully focused on going after criminals, Vivanco said.

"At least you should be able to see an effort, serious effort," he said.