By Lizbeth Diaz COLONIA LEBARON, Mexico (Reuters) - Surrounded by dozens of his descendants, Adrian LeBaron gave thanks to God as he prepared to celebrate Christmas for the first time since suspected Mexican drug cartel hitmen murdered his daughter and four grandchildren last month. The patriarch of a large family of U.S.-Mexican Mormon origin, LeBaron was thrust into the media spotlight when gunmen shot dead nine women and children in the northern state of Sonora on Nov. 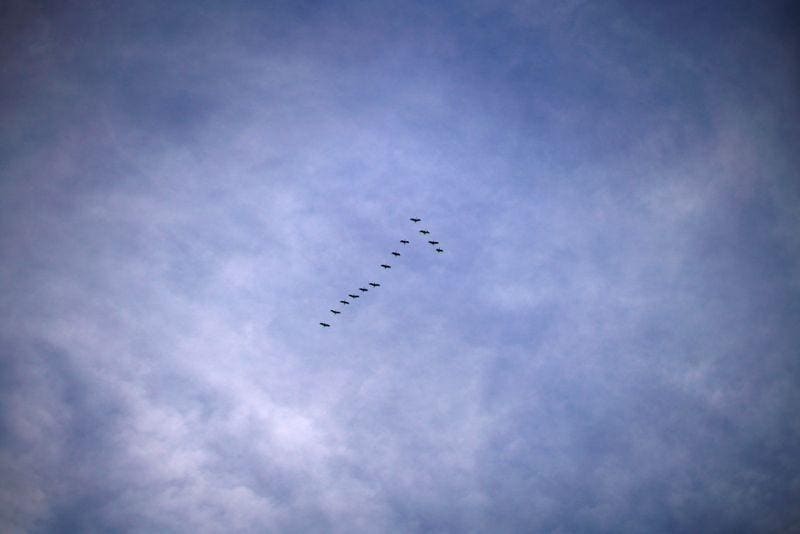 COLONIA LEBARON, Mexico (Reuters) - Surrounded by dozens of his descendants, Adrian LeBaron gave thanks to God as he prepared to celebrate Christmas for the first time since suspected Mexican drug cartel hitmen murdered his daughter and four grandchildren last month.

The patriarch of a large family of U.S.-Mexican Mormon origin, LeBaron was thrust into the media spotlight when gunmen shot dead nine women and children in the northern state of Sonora on Nov. 4, sparking outrage on both sides of the border.

LeBaron, who has 35 living children, 87 grandchildren and a great-grandson, cried as he remembered his daughter Rhonita Miller, 30, whose charred body was found after the massacre in a torched vehicle on a rugged dirt track near her home.

"We thank you for giving us the strength to withstand the things that have brought pain to our souls," the 58-year-old said in Spanish standing next to Shalom, Rhonita's mother.

Before the family sat down for a dinner of roast turkey and Mexican food, mementos of Rhonita and her dead children adorned his spacious hilltop home in the northern state of Chihuahua with a commanding view of surrounding farms and walnut groves.

As the night ended, LeBaron sang a song to Rhonita in memory of their last dance at a Mexican celebration in September.

Her sister Lian sported a bracelet made of two pacifiers used by Rhonita's slain seven-month old twins Titus and Tiana, while other family members wore rings made of metal taken from the wreckage of the SUV in which the family was killed.

Mexico has arrested several suspects linked to the massacre, which investigators believe pitched the women and children into a dispute between warring drug cartels. Gang violence in Mexico has claimed more than 200,000 lives in the past 12 years.

Dressed for scenes from the Nativity and in Christmas garb, cousins of the departed children sang carols in English amid Mexican flags that pointed to their bi-national roots.

"I'm happy to see them all play, but a part of me is dead, asleep," said Shalom LeBaron, one of four women to have borne Adrian children, including 12 of her own. At length, she raised her hands to her eyes, unable to contain the tears.

"They took away their chance to live," she wept.

The LeBarons first came to Mexico in the early 20th century when their polygamist beliefs brought them into conflict with U.S. authorities. Ever since Adrian's grandfather founded the village of Colonia LeBaron in 1941, violent organised crime groups have been a threat to their farming activities, he said.

Though the family prospered by growing walnuts, peppers and cotton, the rule of law in the sparsely-populated arid expanses of the borderlands has remained weak, posing constant security challenges. Some have even taken to arming themselves.

"Life isn't life if you're being threatened. My message to the world and to my children is that you have to fight to know that you're free," LeBaron said.

Like dozens of his relatives, Adrian LeBaron said he will keep pushing the Mexican government until those responsible for the brutal massacre have been brought to justice.

He believes Mexico must work closely with the United States if it is to get a grip on record levels of gang violence.

But the native of Chihuahua is also a patriotic Mexican.

"You're from where your family grows up, where you bury your dead," he said. "What more right could I have if they're here?"

Mexico's President Andres Manuel Lopez Obrador, who met members of the family after the massacre, sought U.S. cooperation, inviting the FBI to help in the investigation. But he has firmly rejected any U.S. "intervention" in Mexico.

"Fear has stopped people from reacting," said Adrian's cousin Julian LeBaron, who recovered a baby from the site of the slaughter after the child's mother was killed. "But we're no longer afraid, we'll continue to fight and we'll mobilize."