MEXICO CITY (Reuters) - Mexico's president on Monday sharply condemned the weekend killing of a Salvadoran woman in Mexican police custody who died after a female officer was seen in a video kneeling on her back. 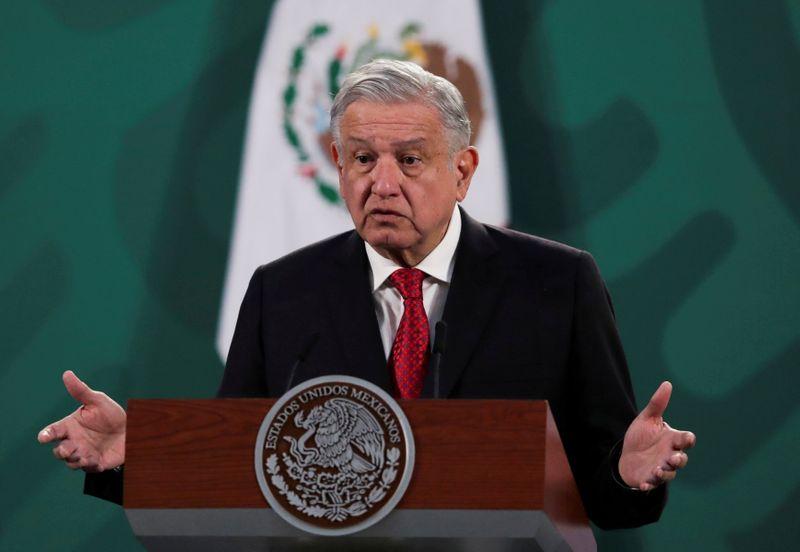 MEXICO CITY (Reuters) - Mexico's president on Monday sharply condemned the weekend killing of a Salvadoran woman in Mexican police custody who died after a female officer was seen in a video kneeling on her back.

President Andres Manuel Lopez Obrador said 36-year-old Victoria Salazar Arriaza had been subject to "brutal treatment and murdered" after her detention on Saturday by four police officers in the city of Tulum on the Caribbean coast.

"It's a situation that fills us with sadness, pain and shame," Lopez Obrador told a regular news conference which was dedicated to defending the rights of women and featured video by speakers including French President Emmanuel Macron.

Salazar's killers would quickly face justice, Lopez Obrador said, vowing that there would be "no impunity."

Authorities in the state of Quintana Roo have been investigating the cause of death, and the state attorney general's office said three male officers and one female officer who were at the scene have been arrested over the incident.

A video published by news site Noticaribe showed Salazar writhing and crying out as she lay face down on a road with a policewoman kneeling on her back while male officers stood by.

The video later showed Salazar's prone body lying on the road before officers put it into the back of a police truck.

The killing of the woman sparked widespread outrage on social media and swift calls by Salvadoran President Nayib Bukele for the perpetrators to be punished.

Salazar's half-brother Rene Olivares Arriaza said her death had devastated the family and left them distraught they could do nothing to help her.

"We really loved her, we've been in tears," the 22-year-old told Reuters by telephone in El Salvador.

Frustration over a failure to curb violence against women in Mexico has sparked major protests under Lopez Obrador.

(Reporting by Anthony Esposito in Mexico City and Nelson Renteria in San Salvador; Editing by Dave Graham and Rosalba O'Brien)