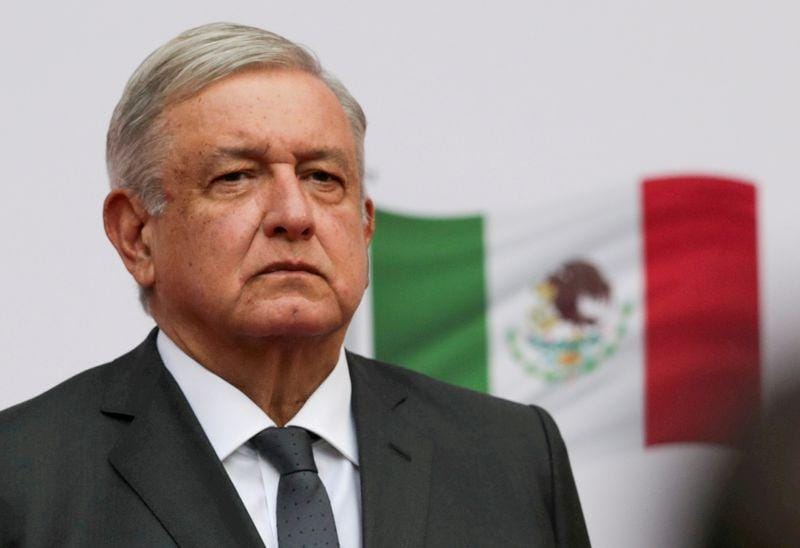 Reiterating his opposition to Trump being frozen out of social media platforms after the storming of the U.S. Capitol on Wednesday by Trump supporters, Lopez Obrador said he had read the "Facebook owner's" comments with alarm.

"I felt he was very self-important and very arrogant," Lopez Obrador said. Speaking at a regular news briefing, he argued it was a "bad sign" that private companies could "censor" opinion.

"A court of censorship like the Inquisition to manage public opinion," he said. "This is really serious."

In view of this, consideration must be given to creating "alternative media," said Lopez Obrador, an often outspoken leftist who critics have likened to Trump for his tendency to pillory critical media during his daily news conferences.

Explaining why Trump had been blocked for at least two weeks, Zuckerberg said he was worried the president aimed to use his time left in the White House to undermine the transition of power to President-elect Joe Biden, who takes office on Jan. 20.

Zuckerberg said Trump's "decision to use his platform to condone rather than condemn the actions of his supporters at the Capitol" risked fueling more violence, referring to comments by Trump in the immediate aftermath of the assault on the Capitol.

Facebook believed the public has a right to the broadest possible access to political speech, even controversial speech, but the current context involved using the platform to incite "violent insurrection" against a democratically-elected government, Zuckerberg said.

A few hours after Zuckerberg's statement and amid criticism from fellow Republicans and world leaders, Trump said in a video published on his Twitter account on Thursday that he condemned the violence and would work to ensure a peaceful transition.

Twitter temporarily suspended Trump for a period after Wednesday's events, but unlocked his account after the president removed three rule-breaking tweets.