Mayor of Colombia's Bogota calls for reconciliation after deadly protests

By Luis Jaime Acosta and Oliver Griffin BOGOTA (Reuters) - The mayor of Bogota on Sunday begged forgiveness and called for reconciliation after protests in Colombia's capital left 10 civilians dead and hundreds injured. Demonstrators in Bogota and satellite city Soacha this week protested the death on Wednesday of Javier Ordonez, 46. A widely shared video showed the father of two being repeatedly shocked with a stun gun by police 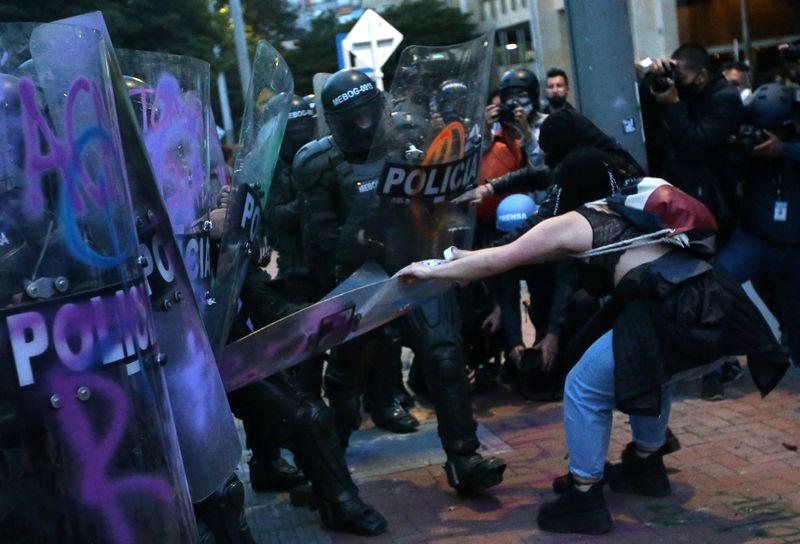 BOGOTA (Reuters) - The mayor of Bogota on Sunday begged forgiveness and called for reconciliation after protests in Colombia's capital left 10 civilians dead and hundreds injured.

Demonstrators in Bogota and satellite city Soacha this week protested the death on Wednesday of Javier Ordonez, 46. A widely shared video showed the father of two being repeatedly shocked with a stun gun by police. He died later in a hospital.

"We are here today to ask forgiveness of all victims of police brutality," Mayor Claudia Lopez said during a televised event to commemorate the victims of the protests.

Seven young people, including teenagers, died after being shot in Bogota during protests on Wednesday. Another three people died in connection with the protests on Thursday night, including a woman who was hit by a stolen public bus.

Three people were also killed in Soacha during the protests.

"From our hearts we ask that justice be done, because we know of other such incidents that have gone unpunished and we don't want the same to happen with each one of these victims," said Bryan Baquero, whose sister Angie was killed in the protests.

Lopez reiterated her call for the police to be turned into a civilian rather than military organization. Colombia's police fall under the jurisdiction of the defense ministry.

Police said Ordonez was found drinking alcohol in the street with friends in violation of coronavirus distancing rules. Two police officers implicated in Ordonez's death have been fired and face charges of abusing authority and homicide.

A further five officers connected to his death have been suspended.

Minister of Defense Carlos Holmes Trujillo begged forgiveness for police brutality on Friday, while President Ivan Duque said no abuse by security forces would be tolerated.

Hundreds of civilians were injured during the clashes between protesters and police, with dozens wounded by gunshots in Bogota.

Close to 200 police officers were also injured, while at least 60 police stations were vandalized, as well as dozens of public transport vehicles.