By Tiemoko Diallo DAKAR (Reuters) - Mali faces 'economic paralysis' if sanctions imposed by West Africa's regional bloc after a military coup are not lifted in coming days, the head of the customs agency lobby said on Wednesday. Imports of goods into the landlocked, arid country have dropped 30% since the 15-nation Economic Community of West African States (ECOWAS) closed its borders with Mali and halted financial flows after the Aug. 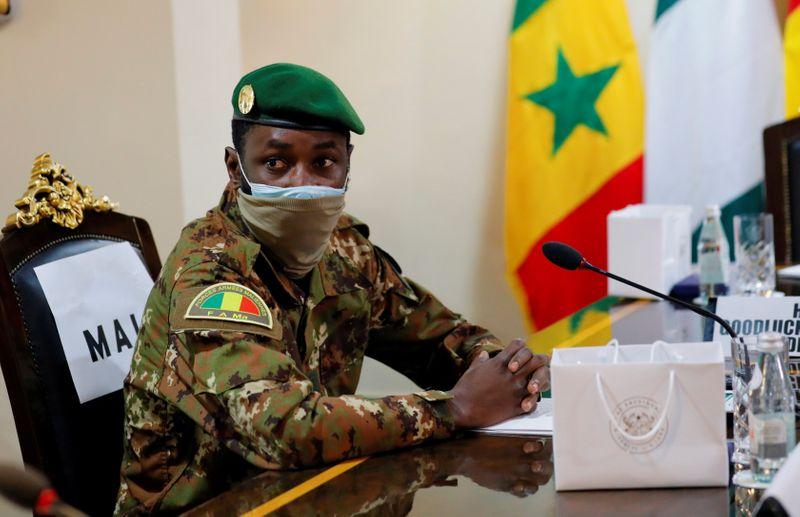 DAKAR (Reuters) - Mali faces "economic paralysis" if sanctions imposed by West Africa's regional bloc after a military coup are not lifted in coming days, the head of the customs agency lobby said on Wednesday.

Imports of goods into the landlocked, arid country have dropped 30% since the 15-nation Economic Community of West African States (ECOWAS) closed its borders with Mali and halted financial flows after the Aug. 18 takeover, said Ousmane Babalaye Daou, president of the Malian Council of Shippers.

Mali imports 5 million tonnes of goods every year, from woven cotton to cement, some of which arrive at ports across West Africa and are trucked hundred of miles inland.

"If the embargo is not lifted now, in the coming days stocks will be exhausted, and we will see supply disruptions, production stoppages, layoffs, a paralysis of economic activity," he said in an interview.

Essential imports, including petrol, food and medicine are exempt from the sanctions, however.

The tough commercial outlook raises the stakes for talks between the junta, which overthrew President Boubacar Ibrahim Keita after months of protests, and regional mediators who want a handover to civilian government before sanctions are lifted.

An ECOWAS delegation, led by Nigeria’s former president Goodluck Jonathan, was to land in the capital Bamako later on Wednesday.

It was not clear if that arrangement satisfied ECOWAS, which did not respond to a request for comment.

Stockpiles have cushioned the blow so far, but new orders from Asia or Europe take up to two months to arrive, Daou said.

"Even if we lifted the embargo today and made orders ... we have to wait until November. This means that it is urgent that the embargo is lifted."