Malawi's Mutharika narrowly wins presidential race with 38.57% of the vote

BLANTYRE (Reuters) - President Peter Mutharika won Malawi's presidential election with 38.57% of votes, the electoral commission said on Monday, narrowly securing another five-year term after delays over suspected tampering. Voters in the southern African nation cast ballots for a president and parliament last Tuesday in a bruising race between Mutharika and two former allies, Lazarus Chakwera and Deputy President Saulos Chilima, with results due at the weekend 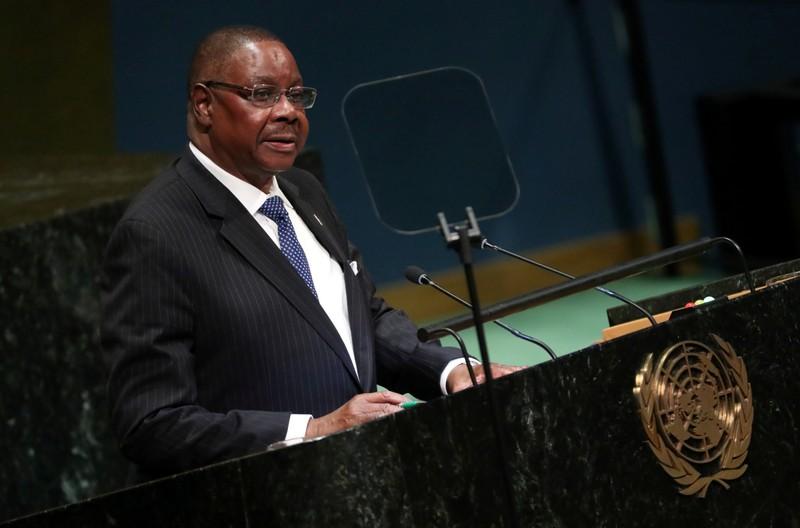 Voters in the southern African nation cast ballots for a president and parliament last Tuesday in a bruising race between Mutharika and two former allies, Lazarus Chakwera and Deputy President Saulos Chilima, with results due at the weekend.

But on Saturday a court granted the opposition an injunction after the electoral commission (MEC) received 147 cases of irregularities, including results sheets with sections blotted out or altered with correction fluid.

Reports of tampering sparked protests in some opposition strongholds.

The court lifted the injunction of Monday, and the electoral commission confirmed Mutharika's narrow victory.

"I hereby declare Arthur Mutharika as the winner of the presidential election held on 21 May," chairwoman of the MEC Justice Jane Ansah said.

Chakwera, of the opposition Malawi Congress Party, scored 35.41% of the votes, while Deputy President Chilima won 20.24%, the electoral body said.

Former law professor Mutharika, 78, came to power in 2014 and is credited with improving infrastructure and lowering inflation, but has recently faced accusations of corruption and of favouring rural regions where his support is strongest.

Malawi won independence from Britain in 1964, and after an initial period of economic and social stability, fuelled in part by tobacco and tea sales, has seen government debt climb and poverty deepen as its reliance on foreign donors increased.

"We always knew that we were going to win because of the development President Mutharika has done in the last five years," said Nicolus Dausi, member of ruling Democratic Progressive Party (DPP) and former homeland minister.

"We have another mandate for five years of development, peace and stability."